Inventory is Becoming a Bigger Cause of Tax Problems 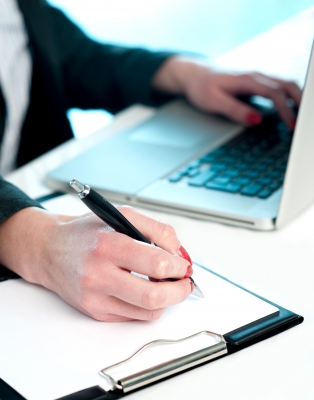 For the vast majority of firms, taxes are the primary source of accounting deficiencies; however, inventory has been rapidly catching up and is now second on the list, according to Audit Analytics. This is a sharp rise from 2011, when it was a relatively distant number six. According to The Wall Street Journal, big firms reported inadequacies in the processes they use to account for inventory and other items 38 times in 2013.

As of September 2014, U.S. accounting rules require firms to measure inventory at less of cost or market, where "market" refers to replacement cost, net realizable value or net realizable value minus estimated profit. It is this leeway that is at the root of inventory accounting deficiencies, argues Maxwell Murphy, senior editor of The Wall Street Journal's CFO Journal. Similar sentiments have been voiced by the Financial Standards Accounting Board, which decries accounting rules that allow for too many diverging outcomes from the same inventory. To solve the problem, FSAB proposes that firms measure inventory using lower of cost and net realizable value. This reduces the number of categories, making the rules less labyrinthine and reducing or eliminating inventory accounting deficiencies. The accounting body is lobbying for the rule to be adopted by Dec. 15, 2015.

Jason Bramwell, a contributor at Accounting Web, points out another potential source of inventory accounting deficiencies: late disclosures. As of September 2014, six companies had reported problems with their inventory accounting procedures. Unfortunately, such disclosures are typically released only as part of corporate annual reports, which means they are months or even a year late by the time they become public. This encourages laxity and can provide duplicitous managers the opportunity to hide the real extent of inventory accounting problems. If these deficiencies are revealed earlier, it is easier for firms and their stakeholders to find ways of rectifying them.

Complex accounting rules and late disclosure are not the only causes of inventory accounting deficiencies. The problem is also rooted in the failure by many firms to properly assess the adequacy of financial statement presentation and disclosure, by lack of internal control testing and failure to develop or tweak valuation measurements. Some proposed solutions to these problems, such as the rotation of audit firms or use of the right software, are poorly implemented. This is despite the fact that better inventory accounting brings immense benefits, such as reduction or elimination of fraud, streamlined inventory management, increased efficiency and reduced inventory damage and loss, among others.