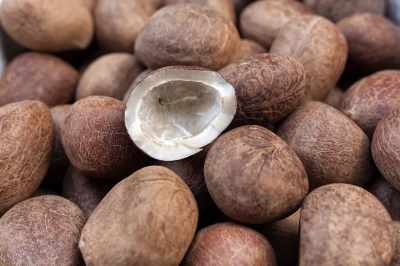 People use coconut oil all around the world to assist with heath, beauty and medical concerns, but this natural product lacks significant evidence that proves it’s effective with treatment or that it has health benefits. People are claiming the benefits of using coconut oil for different topical and internal uses, but scientists and researchers have their doubts. You may want to know the facts before you waste your money.

Coconut oil is a saturated fat, which could be harmful to the body, especially the heart, if consumed regularly. A shocking 92 percent of coconut oil is saturated fat, and there may as much as 12 grams in one serving. The America Heart Association recommends that no more than 5 to 6 percent of your calories come from saturated fats, so too much coconut oil could put you at the risk of heart disease and other health conditions.

It’s best to avoid cooking with coconut oil, and to instead use other nut and vegetable oils like olive and canola when preparing your meals. Some people will drink water infused with coconut oil, but this should be limited or avoided to unnecessary calories and fat intake. Coconut oil isn't just unhealthy compared to other oils — it's also often more expensive to buy.

Coconut oil has no vitamins or minerals, so those who consume it aren't getting any beneficial nutrients unless the beverage or edible item has been enhanced. It's best for people to avoid the intake of this oil and to instead try using it as a topical treatment on the outside of their body.

Coconut oil is commonly used on the skin as a moisturizer cream and has been proven more effective for topical treatment and cosmetic use than it is beneficial internally. It has also been used an anti-aging cream. The oil is a great organic option for the skin, and it has a gentle scent that makes it a popular beauty product. The moisturizing oil has even been used by people who have psoriasis or other severe dry skin complications.

If you are hoping that coconut oil is going to give you amazing health benefits and that you are going to be more energized or refreshed drinking it, you may want to save your money. Coconut oil is a product that hasn't been scientifically proven to benefit the body in any way, and instead you will be drinking a lot of calories that could actually cause you to gain more weight over time.

Forget Beach Spray, This Is What Pro Surfers Really Use In Their Hair
news via Refinery29