Is It Time To Change The Earned Income Tax Credit? 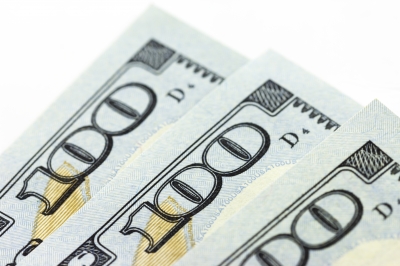 The earned income tax credit allows low-income Americans to recoup some of their income tax amount so long as they keep working. This credit, at a glance, appears to be a way to reward people who don't earn a lot of money, letting them pay less taxes or even get a larger refund after filing a return.

Unfortunately, the earned income tax credit leads to billions of dollar of fraud each year due to improper payments. Instead of encouraging low-income people to find work, some accountants and IRS officials feel as if the credit creates a sense of entitlement as an anti-poverty program. The statistics behind this issue bear this out in stark ways.

During the 2013 tax year, a record number of tax filers applied the earned income tax credit to the tune of $68 billion. Meanwhile, the U.S. Department of the Treasury estimates between $16 and $19 billion of this credit went to improper payments, and as many as 25 percent of early filers that took the credit did so illegally. This amounts to defrauding the federal government. Accountants at firms have pointed out solutions to the massive fraud problem, whereas an accounting retail chain proposed an alternate solution.

One tax preparer in California, Roger Lubiens of RS Tax Service, suggests one way to lessen the fraud is to stop payments to foreign addresses. Laurie Ziegler, of Sass Accounting LLC in Wisconsin, believes some of her clients expect to receive the earned income tax credit every year, while other taxpayers are very surprised when they receive the extra funds from the IRS. Some of these people that expect to receive the credit find ways around tax laws to get it.

Some accountants offer solutions that range from eliminating the earned income tax credit altogether to prorating the tax return payment over 12 months rather than refunding the entire amount all at once. When the proposed federal budget came out in 2015, the Obama administration proposed making the credit available to up to 14 million American workers. The expansion of the credits could exacerbate — rather than solve — the ongoing fraud problem. Outright elimination might seem unfair to low-income taxpayers who deserve the credit, but making the form more complex could make tax preparation a luxury item that low-income families cannot afford.

This is where paid preparers come into play. When more Americans seek the help of preparers, each preparer should take a due-diligence test for this tax credit. After taking the exam, preparers know exactly what to look for when filing someone's return. The IRS already has an exam in place for preparers — who face $500 in fines for each tax return filed improperly — but not everyone must take the test.

The earned income tax credit represents a way for hard-working Americans to take home a little extra money at tax time. Any solutions to fraudulent practices within this system rest with politicians who can change the tax code.

Photo courtesy of kittijaroon at FreeDigitalPhotos.net