Is There a Shortage of Women in Tech? 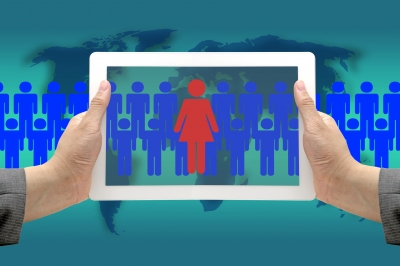 It's become a cliché that there aren't enough women in tech jobs in the United States. Various responses have been made to this accusation, from denying there's any disparity, through admitting that there is but denying it's a problem, to arguments about technology jobs being somehow unsuited to the majority of women, what with all the math involved. Obviously, none of these is an acceptable answer; indeed, most of these arguments are barely coherent. It is clear that women in tech jobs are a minority, and it's equally clear that this is unacceptable for various political, social, and economic reasons. The first step to addressing the issue is to get a sense of how serious it is. Only with an understanding of the scope of the issue will it be possible to craft a solution to the relative lack of women in tech.

Denying the problem exists at all is untenable. Out of 600,000 skilled workers who are currently employed as information systems managers, only 27 percent are female, and the report that notes this goes on to report that black and Latino managers together make up only 10 percent of the field. Clearly, something is going on in the tech sector, where women are not just underrepresented in management roles. The disparity cuts right through the lucrative STEM fields all the way back to college, where a mere 5 percent of STEM faculty members are women.

Technology jobs are not inherently sexist, racist, or ageist. While a natural bias might be said to exist in physically demanding jobs such as firefighting or construction, nobody can realistically make the case that women in tech are having trouble lifting databases or operating keyboards. The disparity seems to stem from other factors.

One problem is in the nature of technology companies and how they get started. Overwhelmingly, today's successful tech companies are startups that relied heavily on speculative venture capital. Venture capital is very much the preserve of wealthy men who might be reluctant to invest in an entrepreneur who doesn't match up precisely with the stereotyped "nerd" image of a Bill Gates or Jeff Bezos. Women in tech who have a good idea they'd like to develop can be at a serious disadvantage relative to the irrational expectations of what an entrepreneur looks like.

This is a disaster waiting to happen. Excluding women in tech from the discussion excludes over 50 percent of the intellectual and labor pool. It's foolhardy to cast away half of the brains the tech sector needs to remain competitive in the future, whether through ignorance, sexism, or carelessness. That it seems to be happening as a result of ignorant stereotypes held by a tiny minority of money managers and power brokers is tragic.

So, how can this be fixed? Everybody seems to have an opinion. Some have suggested an affirmative-action-style quota program to make it impossible not to hire women in tech equally. This has always been a controversial approach, as it privileges one group over another. Another approach could be mentorships aimed at encouraging young women to learn IT and tech skills. Still another solution could be as simple as providing publicity for the successful female techs out there, with an eye toward breaking stereotypes and raising consciousness. Women in tech do exist, and it's important that they are also seen and heard.