Is This the End of On-Call Work Shifts? 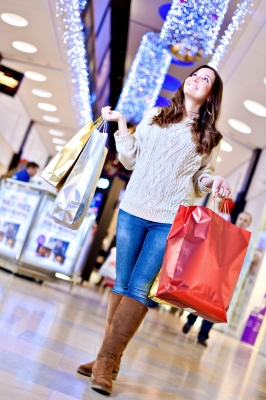 A major retailer has ended on-call shifts four months after the New York attorney general's office informed 13 employers in the state that they must pay workers at least four hours for reporting to work. Abercrombie & Fitch informed the state agency in August 2015 that it plans to end short-notice work in New York by September 2015, with a goal of eschewing this type of work schedule nationally.

Abercrombie & Fitch Senior Vice President Robert Bostrom wrote a letter to the attorney general's Labor Bureau in which he said workers no longer must reserve time in schedules for shifts they may or may not actually work. The clothing retail giant was one of 13 employers admonished for possibly abusing on-call shifts. Other retailers called out by the state include Target, Burlington Coat Factory, J.C. Penney, Urban Outfitters and Gap.

New York state labor laws require companies to pay hourly workers at least four hours for reporting for work whether an employee works the shift or not. On-call shifts may hurt or limit the possibility of workers finding employment elsewhere since schedules could change on short notice. If an employee fails to show up for a shift, that person may lose the job entirely under the old system. Instead, Abercrombie & Fitch decided to move to a weekly scheduling practice. This means each employee learns his schedule one week in advance for the following week. Each shift on the schedule represents required work, with no on-call duty needed.

The move comes nearly three years after Abercrombie & Fitch workers in New York protested against the company's on-call shifts. Employees started a petition on Change.org followed by organized protests outside stores thanks to the Retail Action Project in October 2012. Workers from Best Buy and Wal-Mart joined in the protest, and a local labor union for Bloomingdale's also supported the organized demonstration.

One Abercrombie & Fitch employee claimed she started out with 33 hours per week until her work schedule dwindled to five hours per week with the requirement that she keep her schedule open for on-call work. That type of practice prevented her from getting a second job and severely cut her income.

Nationally, there is no standard for on-call shifts. However, New York has a law on the books that companies must pay workers for shifts not worked, even if employees must maintain an open schedule. The reason retailers maintain these shifts remains in-store traffic. If a location does not have a lot of people in the store, on-call workers do not have to arrive for work. In the highly competitive world of retail stores in New York City, labor unions claimed these on-call workers turned into a class of temporary labor.

As Abercrombie & Fitch goes, other retailers may follow. Wal-Mart and Target increased wages to $9 per hour in early 2015, so on-call shifts may soon go by the wayside. If the bad press from these labor practices continue, companies could change simply because profits fall too much thanks to a lack of shoppers.