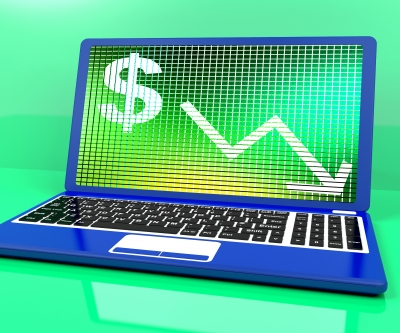 As the largest retailer chains in the world, it's hard to imagine Walmart experiencing anything other than success. Recently, however, the chain has been going through troubles. Many elements are involved in the decline in Walmart's success. Although the company is still doing well financially, lower profits and a bleak forecast have led some people to believe that Walmart is struggling.

Walmart has been experiencing problems for quite some time. In 2013, the company experienced one of its worst financial months since 2006 when stores were unable to keep their shelves stocked.

Walmart's problems started back in 2009 when the company decided to change things up by introducing more upscale Walmart stores in key areas. As part of this effort, Walmart introduced new items such as organic food and higher quality clothing. The company also tried to remove the clutter from the stores by ceasing to stock thousands of products that were not performing up to Walmart's standards.

The change was a failure. Customers started shopping elsewhere, which led to Walmart's struggling and being forced to change things back to the way they once were. This second round of change, however, was hindered by changes made during the efforts to de-clutter the stories, during which the company downsized its staff by 120,000 employees. Stores found that they no longer had the manpower available to keep shelves stocked with this smaller staff, especially if all other employee responsibilities were to be fulfilled. Customers were greeted with large stretches of empty shelves and an inability to buy the products they expected to find in stock.

Unfortunately, Walmart's struggles go beyond not having a large enough workforce. The employees on staff are sometimes asked to do increasingly difficult tasks to keep up with demand. Because of the increased difficulty of their job, Walmart employees are unhappy, and because of the lack of products on shelves, Walmart customers are disgruntled.

Walmart's struggles extend to lower profits. Walmart reported a drop in profits for fourth quarter 2013, and also had a forecast of weak sales for the fiscal year. Fourth quarter 2013 profits were down 21 percent compared to 2012, and traffic in Walmart stores also decreased by 1.7 percent during the same period. The weak forecast going forward indicates that Walmart's struggles may not yet be over.

In many regards, Walmart is still successful. The company consistently makes a profit despite the weak economy, and it is slowly recovering from its losses. Although Walmart has suffered a decline in the current amount of traffic and in the overall satisfaction of both employees and customers, it has only experienced a small drop in profits. It's too early to tell whether or not Walmart's struggles will continue in the coming years.