Is it Possible to Run a Company With Two CEO's? 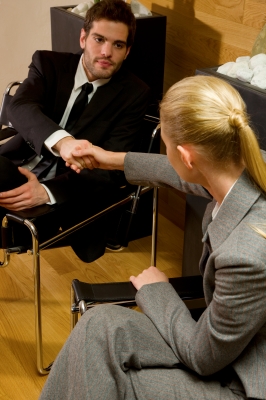 The name "chief" indicates the head or most important aspect of something. While there are many elements of a company that are important and essential to its success, there is typically only one chief executive officer. Whether having two CEOs serves as a useful team-building experience or ends in disaster, here are a couple of positive and negative perspectives on sharing the top position in a company.

No one, not even a CEO, is perfect. There are times when life intrudes into work responsibilities, and the need to address personal concerns requires some time away from the office. Clearly, this is a difficult issue for the person in charge of a company to have to manage in any circumstance. Having a co-CEO, however, may help keep operations running smoothly during an unexpected or extended absence.

There is also less pressure to be on top of everything when responsibilities are shared. Being able to delegate to another person in an equivalent position can lead to a better quality of work and life balance. This is something many CEOs have difficulty achieving.

When two CEOs are on the job, however, it's important for each of them to have clearly defined roles. If each person is responsible only for specific pre-defined areas of the company, there's less chance of the two CEOs competing against one other to prove who's more powerful. With defined areas of responsibility, the opportunity exists for a collaborative instead of a combative environment. As a bonus, having employees see two CEOs work together in harmony while being able to keep the big picture in mind, is an excellent way to lead by example.

On the other hand, having two CEOs may be confusing for employees. The head of a company sets the tone for workplace culture. It's likely that two different CEOs have distinct, strong personalities. Disagreements inevitably occur and unless there's an agreed-upon protocol for how the disagreements are handled, a chaotic environment may be unavoidable.

The co-CEO setup also may make some customers nervous. People are used to seeing a clearly defined chain of command in any organization. When the responsibilities for handling customer concerns is split between two people, there's more of a chance for discord leading to delays in resolving problems.

Sharing the job of CEO presents many opportunities or pitfalls, depending on how a person perceives the situation. It may not be ideal, but as with many things, the right amount of planning, patience and perseverance can make the difference between success and failure. At the very least, having two CEOs can be a good testing ground to see which style of management works best before a company makes a firm commitment to one person.

Sex, tequila, and a tiger: Employees inside Adam Neumann's WeWork t...
news from Markets
Ericsson Continues to Be a Better Buy Than Its Finnish Rival
news via Yahoo Finance