Is it Profitable to Invest in Veterans? 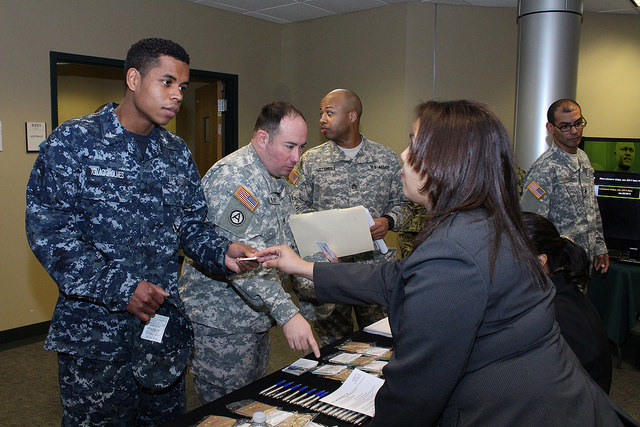 Michael Hansen of Power Home Remodeling is a decorated Marine veteran of the Iraq War who found himself at the bottom of the corporate world after he left the military and became an entry-level salesman at the company. He approached CEO Asher Raphael with an idea to make military veterans a profitable arm of his company and had the data to prove it. Likewise, you may turn a higher business profit by hiring veterans.

Beginnings of an Idea

When Hansen started at Power Home Remodeling, he noticed there were very few military veterans in the company. He also discovered that veterans stayed at their jobs longer and achieved better customer satisfaction with their jobs. Projects were cleaner, better managed and had fewer customer complaints compared to their civilian counterparts. Not only did veterans have better results than civilians, they were disproportionately successful in their jobs.

Armed with this data, Hansen then pushed Raphael to create a department specifically to help military veterans transition to civilian careers. He wanted a place where veterans would feel welcome, bond and have camaraderie. For example, Hansen leads his fellow veterans with regular workouts. Not only does this help maintain their physical shape, but they have a shared past since they routinely went through physical training as part of their military service.

Growing Into a Dedicated Department

Thanks to Hansen's ideas, Power Home Remodeling has an entire department devoted to hiring and supporting veterans. The company spends approximately $2.5 million per year on the initiative. Hansen believes veterans are better all-around workers for several reasons, and a dedicated department helps them transition to civilian jobs more readily.

Military veterans need nurturing when going from military jobs to civilian jobs. It may take up to a year for former military personnel to transition back to civilian life. Dedicated teams of former service members, active in both recruiting and hiring veterans, are often the best way to recruit veterans to your team.

Soft skills learned in the military translate well to civilian jobs, it's just that recruiters and hiring managers may not recognize how veterans put these skills to use during their everyday duties. A resume that says someone was an E-7 who commanded a repair team that worked on A-10s may not translate well to a specific civilian position. However, managing a team of several individuals who repair high-tech combat aircraft lends well to a supervisory job in manufacturing, auto repair, maintenance or machine repair.

The trick is to speak the language of veterans. Learn what an E-7 is and what it takes to repair A-10s. Understand that being a commanding officer takes people skills, learning how to work as a team and motivating several people to accomplish a singular goal. That certainly sounds like management material.

Military veterans may also have better goal-setting and people skills compared to civilian counterparts. Service members have to get along with their teammates no matter what, which comes in handy when dealing with a wide range of personalities on a civilian job.

When your company takes care of military veterans, they return that loyalty in droves because they value camaraderie and an environment that nurtures their well-being. Having loyal employees decreases turnover, increases business profit and creates a culture of inclusiveness that improves morale.