Is the PC Dead? 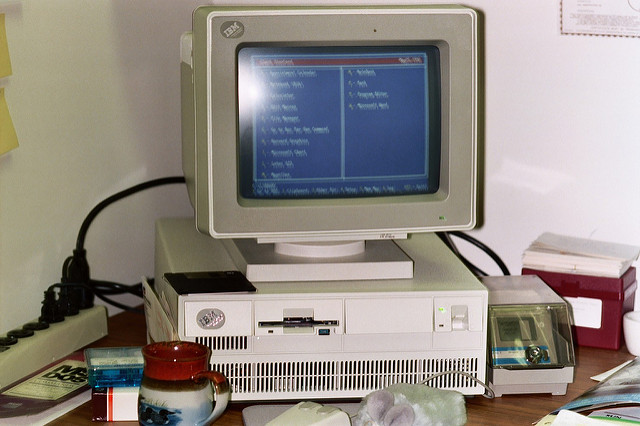 Are we witnessing the end of the personal computer? Sales of consumer PCs continued the trend of quarter-on-quarter declines during the third quarter of 2016, and the tech world is on notice. Does this mean we've abandoned use of home desktop computers? Not quite, say industry analysts.

For the first time ever in the computer industry, sales of consumer PCs fell for two straight years. These are machines that people buy for their homes — as opposed to businesses — that need to upgrade their computing power. Sales of new personal computers fell between 4 and 6 percent during the third quarter of 2016.

The main reason for the downturn comes from consumers. Most people who own personal electronics in developed countries have three types of devices, and consumer PCs are lowest on the list in terms of buying upgrades. In a survey of 550 consumers conducted in early 2016 and published by Creative Strategies, just 12 percent said they bought a new PC in 2015. A whopping 62 percent, nearly two-thirds of respondents, said they have no intention of buying new PCs over the next 12 months.

There are several reasons why statistics point to a decline in sales of consumer PCs. Back in 2014, Microsoft released its Windows 8 operating system. Because this new system included touchscreen capabilities for mobile devices, it raised the overall price of the system. When the price of Windows 8 went up, so did the price of personal computers.

Further, there is a perception that all of the fun things consumers do happen on smartphones or tablet computers. Games, shopping, watching videos, reading the news and checking social media channels all happen in the palm of someone's hand. Consumer PCs are designed for work-related tasks such as file management and taxes.

Another issue with personal computers and declining sales involves the lifespan of these devices. Instead of buying new computers, people decide to upgrade to new systems and install new memory. Rather than buying a new PC every three to four years, many consumers opt to wait six or more years to purchase new computers.

With cloud-based storage taking over for on-site memory, PCs just need better modem speeds and data transmission as opposed to entirely new hardware. Home computers might need better ways to talk to other computers rather than full replacements.

Consumer PCs aren't going away any time soon. Gamers in particular love high-end machines that take online gaming to new levels. Rather than replacing their computers the way they do with smartphones and tablets, computer users update and upgrade their PCs. The machines aren't disappearing from homes; their owners just don't replace them as frequently as they once did.

Treat yourself 2017: the ultimate holiday gift guide for that speci...
news via Articles: Digital...

Is the video game industry headed for a crash?
news from The Week - Business