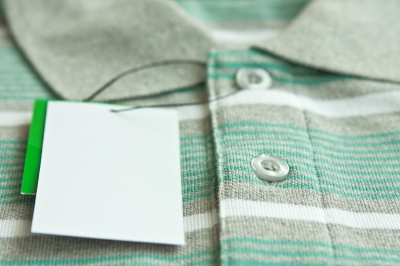 Vaunted national retailer J.C. Penney rebounded in late 2014, and the chain looks to continue this momentum in 2015 by combining new marketing strategies with its tried-and-true selling concepts that worked in the past. Traditional department store sales, combined with online shopping and the company's home store concept, should rejuvenate the brand.

Noted Forbes columnist Walter Loeb sees a lot of potential for J.C. Penney in 2015 after dismal sales figures in 2013 and the early part of 2014. Fourth quarter sales in 2014, helped in part by lower gas prices and better holiday shopping, increased 4.4 percent for the retailer. That growth pattern beat Kohl's, Macy's, Target and Walmart for the same time period. Revenue came in at $13 billion, which is not quite up to the $17 billion in sales it had before former CEO Ron Johnson took the helm and disinherited customers who trusted the brand.

Loeb feels loyal customers came back to stores partially because J.C. Penney returned to its roots. Instead of hip, younger brands, the retailer retained traditional clothing names such as Levi's, Nike and Izod. Disney and Modern Bride signed deals with the chain to help attract young customers while maintaining a solid repeat customer base. Store newness brings more customers back, and excitement about the brand has returned. The retailer jettisoned 14 vendors that did not fit into the store's plans.

Both the recovery and return to prominence of J.C. Penney were in doubt for two years. Stock prices slid as much as 75 percent in 2013, 33 stores closed in 2014 and 2,000 people were laid off. The board made a shrewd move when it hired back its former CEO, and the turnaround beat industry analysts who feared the department store would close altogether.

Johnson, whose tenure with the company lasted just 17 months, got rid of in-store discounts and coupons that customers loved. Johnson brought in higher-end merchandise that sat alongside the store's own brand. CEO Mike Ullman, Johnson's predecessor and successor, took over and made things right again. The huge catalog is back for 2015, and the home store is included this time. Shoppers can pick up paper copies of the huge catalog in stores or browse its pages online. Traditional customers who love the feel of the physical tome are happy, while younger customers can see it on the company website.

Consumers can buy items on the J.C. Penney website and have them shipped to a store for free, a feature found at many other retail stores. Internet sales increased 12.5 percent in the fourth quarter of 2014, outdoing the overall net sales increase of 2.9 percent. The department store started its website in 1995, long before many competitors decided to enter the digital age of online shopping. The chain was forward-thinking back then, and recent sales increases show the retailer can still reap profits from younger consumers while keeping its traditional base happy.

Rumors of the demise of J.C. Penney may have been greatly exaggerated, but success is far from assured. Stock prices peaked above $42.50 in February 2012 before falling to $5.51 two years later; prices hovered around $8 per share in February 2015. The revamped catalog may spur sales until the bellwether holiday shopping season returns.