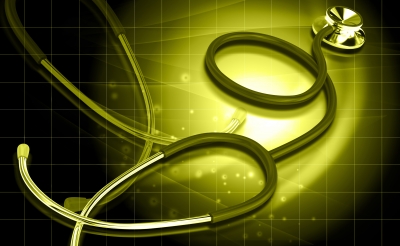 As the month of September rolled to a close in 2017, late-night funnyman and 'Jimmy Kimmel Live' host Jimmy Kimmel took a break from the usual one-liners and celebrity jabs in his show-opening monologue to address a more serious topic: health care. As politicians work to propose GOP health care bills to replace the Affordable Care Act, Americans are making their voices heard, whether in opposition or in support.

It's no secret that Donald Trump disagrees with the Affordable Care Act, often referred to as Obamacare. On his very first day in office, President Trump signed an executive order explicitly stating that, "It is the policy of my administration to seek the prompt repeal of the Patient Protection and Affordable Care Act." The order, however, did not instantly repeal the ACA. President Trump vowed to repeal and replace the health care law simultaneously, as not to leave 20 million Americans without health insurance.

As the need to create a new health care system emerges, many politicians are coming forward with their plans. One such proposed GOP health care bill gained a lot of media attention beginning in September 2017. South Carolina Senator Lindsey Graham and Louisiana Senator Bill Cassidy joined forces to propose Graham-Cassidy, a health care plan that aims to shift much of the health care funding burden and decision-making authority to states.

While Jimmy Kimmel typically makes jokes about politicians, it's not often that he takes a serious stance on political issues. However, this time, the health care debate really hits home for Kimmel. Kimmel's son Billy was born in April 2017 with a rare congenital heart defect that required surgery. Kimmel soon became aware of the staggering cost of health care and sympathized with less-fortunate Americans who are forced to pay exorbitant amounts for life-saving care.

Shortly after his son's surgery, Jimmy Kimmel had Senator Cassidy as a guest on the show, where Cassidy vowed to put all health care reform proposals to the "Jimmy Kimmel Test," based on whether the new bill provides coverage for pre-existing conditions. Senator Cassidy then went on to introduce his proposal with Senator Cassidy, seemingly ignoring his previous promise. According to Kimmel, the Graham-Cassidy reform bill fails the Jimmy Kimmel Test miserably. In his monologue, Kimmel contends that the new health care bill cuts federal health care assistance by $240 million, wipes out federal funding after 2026, allows states to increase coverage costs for those with pre-existing conditions and does away with coverage for essential health benefits, including pediatric and maternity care.

While the future of American health care hangs in the balance, there's one thing that's for certain: concerned Americans refuse to go down without a fight. Whether they're comedians with talk shows and an audience of millions or middle-class Americans with only a Twitter account, the Jimmy Kimmels of this world continue to make their opinions known.