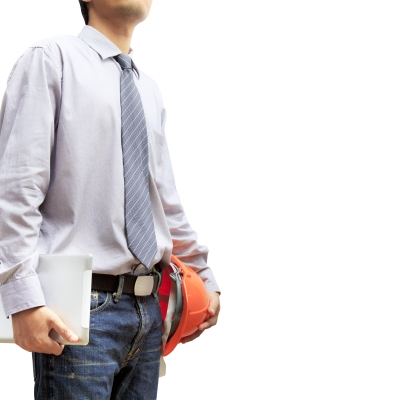 In an unsure economy, job security is a chief concern among workers, particularly those with a very specific skillset, like some engineers. Thankfully, recent polls suggest that once you get an engineer job, you are likely to not only keep it but to also be quite satisfied with it overall. While many job sectors are seeing low confidence among workers, the job security that comes with being an engineer is actually helping to spike confidence.

According to the Randstad Engineering Employee Confidence Index, overall confidence among engineers in the United States stands at 64 percent for the third quarter. This is an uptick of 2.1 percent and a sign that job security and confidence are at very high levels, considering the index has only risen three times since 2008. A full 61 percent of respondents also noted that if they had to switch jobs for any reason, they were confident that they could land another position in their field. Randstad is a specialized recruitment and human resources solution provider that polls professionals across several industries to produce its reports.

Perhaps part of the reason that so many engineers have a feeling of job security is that engineering on the whole is one of the most difficult fields in which to fill job openings. According to a 2012 ManpowerGroup survey, an engineer job vacancy was the second hardest to fill across all job sectors. It's pretty easy to feel a sense of job security when you know that very few people have the skills or requirements to replace you. A viable solution to the lack of skilled engineers is outreach programs for high school students touting the salary and job security that comes with studying engineering as a career. Unless more college students start enrolling in engineering disciplines, the dearth of viable job candidates is likely to continue.

In addition to job security, engineers are also feeling overall satisfaction with their jobs. The same Randstad report says that just 29 percent of engineers planned to look for a new job in the near future, down 4 percent from the previous quarter. This is a significant drop that supports the assertion that engineering can mean a bright, secure future. The Design News annual salary report claims that nine out of ten engineers were satisfied with their jobs, attributing it to the "stimulating scope" of the job.

Overall, there is a lot to feel happy about if you are an engineer right now. Engineering recruiters may be having a harder time finding skilled workers to fill job openings, but current engineers are feeling more confident and fulfilled in their jobs. With growing job security, more vacancies, and overall satisfaction in the workplace, it is easy to see why engineering jobs are the wave of the future.