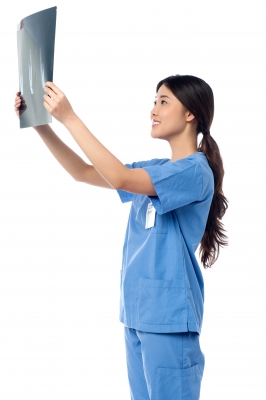 For healthcare professionals, many facets of cancer are still a mystery. With a $90 million donation to the Johns Hopkins cancer center, a New York research group is hoping to gain additional insights into warding off cancer in the early stages. The money is part of a larger $540 million gift that was spread out to cancer centers around the country.

The $90 million comes courtesy of Ludwig Cancer Research of New York City, which made its donation announcement in early January. The Johns Hopkins cancer center in Baltimore was one of six recipients, each of which received the same amount. With this most recent donation, the total of all Ludwig cancer donations in the United States comes to $900 billion.

Each of the donation recipients is tackling a different area of cancer research. At the Johns Hopkins cancer center, researchers will be studying ways to prevent cancer and detect it in the early stages of the disease. Research into early detection traditionally receives less funding from cancer donations than cancer treatment, so the endowment is a welcome gift. Current research at Johns Hopkins focuses on diagnostic tests that will help healthcare providers detect cancer before it metastasizes in the body. If the research is successful, it will help reduce the number of cancer-related deaths around the world. According to a recent story from the Pittsburgh Post-Gazette, Johns Hopkins is also partnering with the Allegheny Health Network to further research into rare forms of cancer.

The most recent gift is not the first from Ludwig Cancer Research. In 2006, Ludwig bequeathed $20 million to the Johns Hopkins cancer center, enabling it to create the Hopkins Ludwig Center. Since its inception, the center has made dramatic improvements in the understanding of a number of cancers, including those of the breast, ovarian, head, pancreas, and colon. Researchers are now starting to use the research results to create practical tests that help identify cancer, gauge the success of treatments, and create screening tests. Though screening tests have yet to be developed, the Ludwig donation enables researchers at the Johns Hopkins cancer center to pursue the possibility with greater confidence.

The other recipients of the Ludwig gift include the Massachusetts Institute of Technology, the Memorial Sloan-Kettering Cancer Center, Stanford University, the University of Chicago, and Harvard University. It is anticipated that each center will invest the money and use the dividends to conduct advanced research. In most cases, the investment is expected to return approximately $4 to $5 million each year. The permanent endowment lets research centers conduct high-risk research without worrying about continued funding.

For healthcare providers, the research that is happening at the Johns Hopkins cancer center will have significant implications in the coming decades. As researchers gain greater insight into the nature of different cancers, they will be able to help doctors deploy early screening and prevention methods.