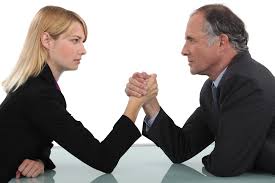 Google has long had a reputation for being a younger person's organization, and it's perhaps unsurprising that a case has been bought against it for age discrimination. Unfortunately, justice seems to be moving even more slowly than usual, as the trial itself has been set for November 2018.

The suit itself comes from two over-40 applicants, who were denied jobs despite having been interviewed. One of the applicants had been interviewed four times. In the complaint, one engineer cites statistics that appear to show the average age of Google programming engineers as being 29, compared to the national average of 42. In addition, the complaint alleges that the programmer was asked to detail the dates of her graduation so that interviewers could determine how old she was.

In October 2016, U.S. District Judge Beth Freeman certified the age discrimination case as a class-action lawsuit, thereby allowing others to join in. In addition, she instructed Google to prepare a list of those over 40 who had been to an interview and been denied jobs.

In an attempt to strike down the complaint, Google pointed toward its corporate anti-discrimination policies, but the judge dismissed the argument stating that all employers had such policies and that the existence of a policy did not disprove age discrimination.

The ruling in October meant that the parties could announce that others were allowed to join in, provided they were interviewed regarding specific types of software engineering jobs, are over the age of 40 and were rejected from August 2014 onward. Both parties have met regarding paying a third-party administrator to adjudicate who would receive such a notice of this age discrimination lawsuit based on Google's information. Google estimated it would take six to eight weeks to send the information to the administrator.

One key aspect of this class-action lawsuit is that those taking part may have to pay costs to Google if they lose. It's possible that this may put some people off, and Google is arguing that it should be mentioned in the opt-in notice for this age discrimination case.

Google claims to live by a central code of conduct, which has "don't be evil" at its core. However, the relative slowness of this lawsuit seems at odds with this ideal. All parties likely want to put this age discrimination suit behind them and ensure that justice is served so that lessons can be learned on either side, yet the glacial speed seems to ensure that this lawsuit will rumble on for years to come.