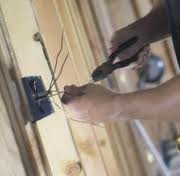 Who doesn’t want their child to go to college and get a four-year degree?  A college education was, and still is, considered a “must-have” for career success.  The truth is, in today’s economy as many as one in three recent college graduates are unemployed.  Here we are in March, and there will soon be another class of college graduates ready to join those already looking for a job in this tight market.

While jobs in the management/college educated area are shrinking, jobs in the trades, like electrical, plumbing, welding, pipefitters, etc., go unfilled.  Just try to find a good plumber or licensed electrician to do some repair work.  The trades have gotten a bad rap in the past, somehow regarded as less professional than working a desk job in an office for a corporation.  Yet, the buildings, electric power, plumbing and heating and air conditioning systems installed and maintained by the trades make it possible for people to work in those big boxes.  What happens when the air conditioning goes out in July?  The most sought after person is an HVAC guy—spare no expense and get him here fast!

For someone looking for a new career in the trades, many labor unions offer apprenticeship programs lasting from two to five years.  The apprenticeship program offers classroom training and hands-on work experience in the field working on union jobs.  For example, here in Savannah, the International Brotherhood of Electrical Workers Local Union 508 (IBEW Local Union 508) offers an apprenticeship program through the Savannah Electrical Joint Apprenticeship Training Committee.  Qualified persons who join the program attend four-hour evening classes three days a week, and work as apprentices on union construction jobs 40 hours per week, earning $11.29 per hour.  Their five-year apprenticeship program includes a pay increase each year (two the first year) and apprentices receive health benefits and are funded into the union pension plans, all paid by their employers.  Apprentices pay $300 per year for tuition and pay for their books, some of which are used throughout the five-year period.  After graduation, participants earn the designation of journeyman wireman, qualified to work on construction jobs, with an hourly rate of $22.52/hr.

Many of the trades have an initiative directed at returning military, as well, called “Helmets to Hardhats.” Depending on their skill levels and work in the military, they can receive credit toward the apprenticeship and complete the program in four years.   They can receive funding through military educational benefits.  It is a way of using the skills learned in the military, begin a new career as a civilian, and begin earning a living from day one.

Union membership is optional, and the program can be a stepping stone to becoming a licensed electrician or maintenance.  Some courses from the apprenticeship programs qualify as college credit, making it possible to finish the program and a regular college degree in four years.  You have to be a dues-paying union member to sign up for jobs at the union hall, and can work locally or at union jobs around the country.

With a shift in thinking and the right qualifications, you can trade being unemployed for an opportunity to begin a new career that offers opportunity in trades that will always be in demand.

Have you tried an apprenticeship program, or know someone who has?  Share your experiences in the Comments section below.

Register
Sign In
Trump Substitutes Policymaking For Bomb-throwing With His Job Train...
news via Politics - The...

Are the trades really the economy's best kept secret?
news from The Week - Business
What a second Trump term would bring higher education
blog post from Inside Higher Ed | News