Labor and Other Dangers of Our Obsession With New Tech 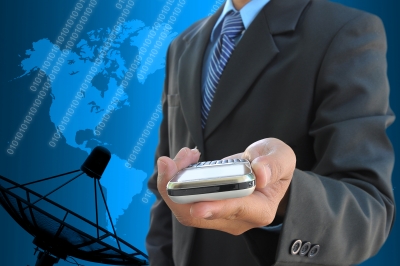 When it comes to new technology, consumers can't get enough; the latest and greatest tech products often outshine older models just months after their debut. While the effect of technology on society and culture is well documented, many industry professionals fail to consider its impact on labor and manufacturing. In many cases, new technology developments have negative impacts on the workforce, both on the production line and in the design studio.

When it comes to manufacturing, new technology is a double-sided issue. With a high demand for new tech products comes an increased need for manufacturing. When a new product launches, companies often release a limited number of units to prevent a surplus. If the device is a success, it goes on backorder almost immediately. According to a recent story on CNET News, Apple sold nine million iPhone 5S and iPhone 5C units during the first weekend after the launch; over a month later, some versions of the phone were still on a three-week backorder.

For many companies, the quick influx of orders can lead to a variety of manufacturing dangers, from overworked floor employees to decreased safety standards. A sudden increase in demand can also lead to a workload that exceeds the manufacturing equipment's capacity, which can endanger workers and cause a drop in quality. Thus, new technology can present serious implications for the labor force.

In addition to the physical manufacturing dangers that can come about because of new technology, new technology can endanger the future of the labor force. The goal of new developments, after all, is to increase efficiency—which, in most cases, means eliminating jobs. As more manufacturing facilities take advantage of new tech products in automation and production, the number of people needed to run a factory drops rapidly. Three-dimensional printers, for example, are set to revolutionize the prototyping and short-run production processes of many production facilities, which will eliminate the need for numerous ground-level technicians.

For development professionals in the technology industry, the constant flow of new tech products often has a negative impact on innovation. When a company is focused on releasing new versions quickly, there is little time for in-depth exploration of exciting ideas and untested territory. In a rapid development cycle, technology designers are more likely to focus on fixing problems and speeding up existing options. As a result, it may take multiple cycles to release tech products that are truly revolutionary. In the meantime, companies use strong marketing campaigns to promote similar, successive versions of the same product.

Although consumers' obsession with new tech products leads to increased profits for professionals in the technology industry, it also has a darker flip side. By staying aware of the potential safety hazards and preparing employees for a possible reduction in the labor force, your company can handle new developments responsibly.