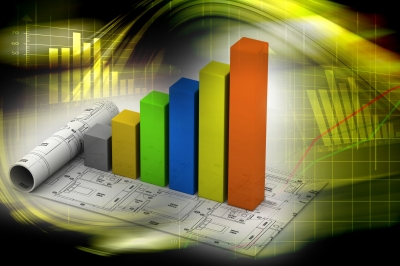 Researcher Steve W. Martin has conducted a revolutionary new study into the reigning sales philosophy of hundreds of the world's most successful companies. By interviewing senior members of these companies' sales organizations, Martin has built up a comprehensive picture of the forces governing successful firms' sales philosophy. The result of his work is a graph, broken into four stages, that helps determine the point at which a field sales model can profitably be exchanged for an inside sales model. The research also helps identify the sales metrics that are most informative at each stage of a company's development, and Martin has been sharing his findings in talks about his work and its effect on existing sales philosophy.

The first stage of the Martin curve is labeled "build." At this stage, a company is typically very small and lacks the internal infrastructure to manage its operations in-house. Outsourcing is often necessary at this stage, and the company will often experience erratic sales as good months give way to dry spells. The key metric at this stage is stability. Consistent, predictable sales performance is actually more desirable for a company in the "build" stage than episodic spikes in sales volume. The idea is to maintain a steady, uneventful expansion of the young company's customer base.

The next stage on the curve is designated "compete." A lot of the most exciting corporate drama can be found at this stage—Google, poised against giants such as Microsoft, is identified as a company in its "compete" stage and is making full use of a trained force of outside sales reps. The objective at this level is to offer a superior product at a competitive price to grab market share that can then be developed internally.

At the next stage, "maintain," a large, stable industry leader such as Oracle or Cisco will typically shift its sales philosophy to an inside sales model, focusing more on developing its own unique market position than on the rapid expansion that marked the previous stage.

Finally, a mature company will have all the internal divisions and in-house resources to accomplish its objectives. Sales will be predominantly inside, with customers from the general public attracted to the established brand. Outside sales will be mainly reactive as new customers seek out the company, rather than the other way around. During this "cull" stage, senior firms such as IBM and AT&T are best served by focusing their sales organizations on serving the needs of their existing customer bases and eliminating distracting externalities. AT&T's shedding of 40,000 jobs in Missouri as its computer hardware division closed and the subsequent spinoff of Lucent Technologies are examples of the sorts of focus that characterize this stage of a company's sales philosophy.

By interviewing his subjects and carefully plotting their responses according to objective metrics of his own, Martin has succeeded in crafting a teaching tool that can help any company at any stage of its development craft a size- and position-appropriate sales philosophy. By taking this tool to sales professionals around the world, Martin is shaping the futures of businesses everywhere.