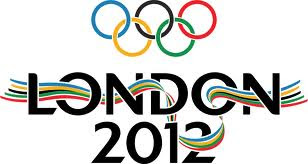 by Alex A. Kecskes
The Summer Olympics are coming to London. To prepare for the half million visitors (not including the athletes) projected to visit the city, the hospitality industry in London and UK are evaluating their staffing needs. Predictably, the industry is anticipating a huge spike in jobs.
In fact, job vacancies for the UK hospitality industry have soared from 26,550 in the second quarter of 2009 to over 45,000 new positions for the same period in 2011. It’s also no surprise that job applications have risen from 640,000 to 800,000 submissions in the past year. The demand for skilled restaurant managers and chefs is especially acute, underscoring the challenges of recruiting competent staff.
To staff up for the London 2012 Olympics, the area’s hotel industry will need to fill over 7,700 restaurant management positions. In addition, the demand for head chefs has grown by 34 percent, and chefs de partie by 19 percent.
So where, specifically, are these jobs? Most are in London and the Southeast, which were responsible for creating 12,770 jobs over the past year and 13,606 new vacancies. The Northeast was runner up, creating 821 new positions. Fueling London’s growth for new hospitality jobs, the city is expected to construct over 50,000 hotel rooms between now and 2026.
If you’re interested in working overseas in the hospitality industry, London's 2012 Olympics will present an ideal opportunity to land a job. In February 2011, a new website was launched for those interested in paid work at the London 2012 Olympic Games. Visitors can Register for the Games and expect to be contacted when vacancies are announced.
Got any tips on landing a hospitality job for the London 2012 Olympics? Share your comments in the section below.
Alex A. Kecskes has written hundreds of published articles on health/fitness, "green" issues, TV/film entertainment, restaurant reviews and many other topics. As a former Andy/Belding/One Show ad agency copywriter, he also writes web content, ads, brochures, sales letters, mailers and scripts for national B2B and B2C clients. Please see more of his blogs and view additional job postings on Nexxt.