Looking Ahead to Obama's 2015 Budget 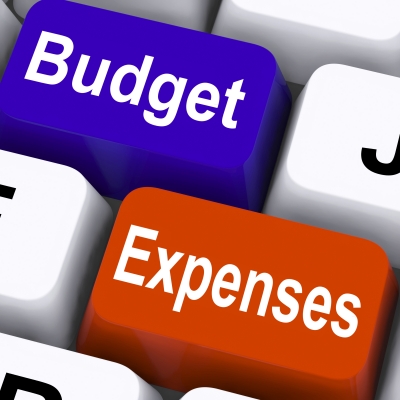 On March 4, President Obama unveiled his proposed federal budget for 2015. Obama's budget focuses on improving the economy by creating good jobs and giving Americans more opportunities. The budget also includes an initiative to close tax loopholes and cut spending so that new programs do not leave future generations with a lot of debt. Unfortunately, experts do not expect many of the provisions in the new federal budget to become law.

Reid J. Epstein of Politico.com says Obama's budget is akin to a "wish list" for the White House. The $3.9 trillion spending plan would expand tax credit programs for middle-class families and people living in poverty. It would also raise taxes for some of the wealthiest people in the United States, reduce the size of the military, and create or expand social programs supported by the president. Obama's budget for 2015 is very different from the one he proposed for 2014. When he unveiled the 2014 budget, he was trying to avoid a government shutdown. This new budget represents Obama's plans for an "ideal world," not the world we actually live in.

Obama's budget for 2015 includes several key provisions. His proposed tax increases on the wealthy would generate $651 billion in tax revenue for the federal government. The president also wants to assess a $56 billion penalty against the banks responsible for the recent financial crisis. Some significant cuts would keep government spending in check. For example, Obama's budget includes the elimination of 250 Department of Agriculture offices and a repeal of tax incentives totaling more than $4 billion. These tax incentives are currently being enjoyed by companies in the oil and gas industry. The budget also includes more funding for the Affordable Care Act, cyber-security programs, transportation, and preschool programs.

John Boehner quickly spoke out against Obama's budget, labeling the plan irresponsible and criticizing the president for his attempt to expand education initiatives and social programs. Boehner also says Republicans will produce a budget that will save critical programs and reform the tax code. Obama said America needs to get its "fiscal house in order" by reforming the immigration system and the federal tax code. He suggests these initiatives as a way to avoid putting a financial burden on people who can't afford it.

Although millions of Americans would benefit from President Obama's budget, it's likely that members of the Republican and Democratic parties will spend months trying to come to an agreement about spending cuts, taxes, and other financial issues. The proposed budget is a starting point for the negotiations, but both sides have different priorities. Many Democrats want to increase taxes for the wealthy and expand social programs to help children and poor people. Some Republicans are opposed to expanding social programs due to their cost. It will be some time before we see if any of the provisions in Obama's budget are signed into law.