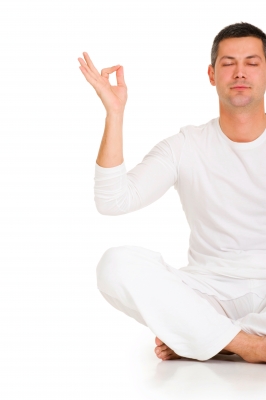 Canadian yoga apparel manufacturer Lululemon faces another massive recall after its second product mishap in two years. The 2015 Lululemon recall revolves around 318,000 women's tops with faulty drawstrings that have caused seven eye injuries. In 2013, the company recalled see-through pants that were a little too revealing.

The recall affects approximately 133,000 tops in the United States and another 185,000 in Canada. The U.S. Consumer Product Safety Commission states the Lululemon recall stems from 20 styles of jackets and hooded tops that contain hazardous elastic drawstrings at the neck. When the drawstring, combined with the hard tip, gets pulled back and suddenly released, the tip may fly into someone's eyes and cause an injury.

The CPSC advises any customer with the tops to either remove the cord completely or ask Lululemon to send a replacement cord. The new, non-elastic drawstring should arrive, free of charge, with instructions on how to install the cord.

A company spokesperson regretted any inconvenience, noting that no lawsuits have been filed nor have any serious injuries been reported with respect to the faulty drawstrings. The company claims to have taken "necessary proactive action" to rectify this latest Lululemon recall.

The faulty drawstrings occur just as the company recovers its economic clout from a widespread incident in 2013. The 2015 Lululemon recall comes two years after the company's first major product mishap when the retailer recalled roughly 17 percent of its Wunder Under yoga bottoms. The popular pants were too sheer in some places, making the stretchy garments see-through in sensitive areas. The first recall cost the company $67 million in sales.

One major mistake during Lululemon's first incident revolved around its customer service practices and the return policy for Wunder Under pants. Before the first Lululemon recall, clerks in Toronto forced a shopper to prove the yoga pants were too sheer and not up to the brand's standards. The incident embarrassed the shopper and forced Lululemon to issue the massive recall. The company then had to make a statement that told consumers they did not have to demonstrate the see-through nature of pants upon returning them to stores.

The vaunted retailer learned an important public relations lesson in 2013. When consumers complain about a product, companies should err on the side of the loyal customer base before causing even more problems. Store clerks should have been more responsive to the shopper's complaints before attesting to the brand's trustworthiness within the apparel industry. Lululemon's faulty return policy initially stated employees may inspect any item before deeming it unworthy. Clerks should have found other ways to test the product, or simply accepted the person's return, before bad press forced Lululemon to lose tens of millions of dollars. Hopefully, the company learned from its mistakes as it deals with this new recall.

Perhaps the retailer should take a proactive stance and ship replacement drawstrings to stores when customers try to return the tops. This gives clerks two options. One includes giving consumers an entirely new garment, and the other starts with replacing the cord.

Retailers everywhere can learn from the Lululemon recall regarding how to handle shopper returns. Always side with the consumer to earn business back from loyal customers.