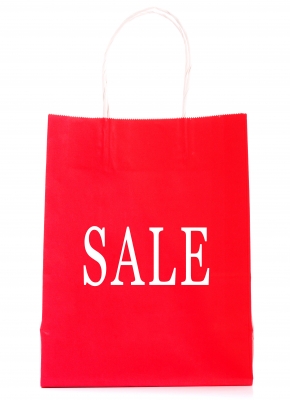 Macy's Inc., a highly regarded retailer and one of the few relatively bright spots in the U.S. retail industry, released weaker-than-expected second-quarter results and lowered its sales forecast for the rest of year. This news of Macy's struggle to increase sales lowered the company's stock and inspired fear in some analysts that the dark cloud that has been hanging over the U.S. retail industry for most of the year may not soon dissipate.

After dropping by roughly 2 percent in each of the last two quarters, sales at Macy's rose to $6.3 billion. Net income was $292 million, which is $11 million more than the same period last year. That works out to 80 cents a share, up from 72 cents last year. Though the numbers are an improvement over last year's, they present an ominous portent for rivals like Kohl's and Nordstrom, which have yet to unveil their earnings for the quarter. Despite an improving macroeconomic environment, underpinned by increased consumer spending, rising house prices and lower unemployment, retailers have struggled to increase sales. Terry Lundgren, Macy's chief executive, believes that this is the result of tepid consumer confidence.

Macy's traces the genesis of its woes to the beginning of the year, when an unusually harsh winter kept shoppers away from its 340 U.S. stores, including its upmarket subsidiary, Bloomingdale's. To lure them back, the retailer carried out several high-profile promotions, boosting sales by 3.3 percent in the second quarter. Unfortunately, this was not enough to make up for the weak first quarter. The price cuts also shaved a sliver off gross margins, contributing to the disappointing quarterly earnings report. However, the retailer expects same-store sales to grow by 1.5 to 2 percent this year. While this is a step down from its previous estimate of between 2.5 and 3 percent, the good news is that its full-year earnings forecast remains unchanged at between $4.40 and $4.50 per share.

Despite Macy's struggles, an analyst at Wells Fargo points to the second-quarter sales increase as proof that shoppers are coming back as the weather turns increasingly clement. In addition, the retailer rolled out a service that allows shoppers to buy its products online and pick them up at nearby stores later, an initiative that it believes will keep customers coming back even when the weather turns inclement. It is also planning to open a store in Hawaii by 2016. The retailer closed two stores at the beginning of the year and postponed plans to spruce up its Brooklyn location in order to shave a $100 million off its costs.

To aid in its efforts to effect a turnaround, in addition to cost-saving measures and initiatives designed to increase sales, Macy's is relying on the considerable experience of its leadership, which includes Starbucks executive Annie Young-Scrivner and Jeffrey Gennette, current president and former chief merchandising officer. The industry will continue to closely watch the company as it struggles to overcome a disappointing first half of the year.