Macys Is Restructuring for Future Growth 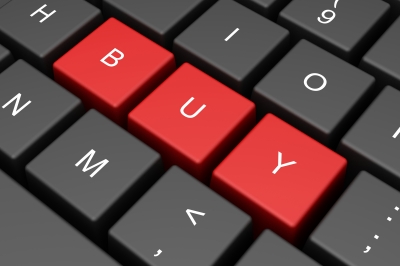 With an ever-increasing number of consumers turning to the convenience of online shopping, the retail industry is undergoing dramatic shifts. Macy's Inc. recently became the first major retailer to announce plans to change its organizational structure to adapt to the rise in online shopping. Macy's restructuring announcement signals the growing importance of online marketing and merchandising and the decline of retail store expansion.

According to comScore’s State of Retail report, 78 percent of shoppers made an online purchase in the first quarter of 2014. In addition to an increase in online shopping, consumers are also going online to check prices and find the best deals. According to a recent MIT report, more than 80 percent of shoppers check prices online before making a purchase. These trends have resulted in what industry experts call omni-channel shopping, or the ability to engage with a brand across multiple channels, such as store websites and catalogues.

These trends have made it increasingly important for retailers to expand their online presence to maintain a competitive edge. While growing online shopping options is nothing new, Macy’s restructuring announcement is the first of its kind in the retail industry. Macy’s is taking a targeted approach to online shopping trends by changing its organizational structure in several important ways.

First, Macy's restructuring announcement included plans to merge its existing marketing and merchandising departments. Macy’s previously operated with two such departments – one for retail stores and one for online sales. Under the restructuring plan, online and in-store marketing and merchandising are overseen by one department to assess sales and implement changes. According to Macy's CEO Terry Lundgren, the change is intended to respond to customer demand more effectively.

Structural changes are also planned at the regional level. The Macy's restructuring announcement included plans to eliminate all district planner positions in favor of newly created regional teams. These teams are expected to focus better on localized trends and the changing demands of regional markets.

In addition to eliminating district planners, Macy's is also consolidating retail stores. Fourteen stores are set to close in the coming months. This is expected to result in $140 million in savings by eliminating poorly performing locations. In addition. Macy's plans to eliminate two to three retail store employees from 830 stores to offset the increase in online purchases.

While Macy's restructuring announcement was met with some skepticism – and a slight decline in stock prices – the plan is an innovative yet measured approach to addressing the trend of omni-channel shopping. A moderate decline in retail store expansion frees up the revenue needed to expand and streamline online marketing and merchandising. Altogether, each component of the restructuring plan appears to set up Macy's perfectly for future sales growth in a competitive market.

Along with announcing organizational changes, the recent announcement included sales figures for the holiday season. Sales actually exceeded projections, making Macy's restructuring announcement a preemptive move to maintain sales goals and increase revenue. If anything can be learned from the recent Macy’s announcement, it is the importance of taking proactive measures to stay competitive in the retail industry rather than waiting until it’s too late.