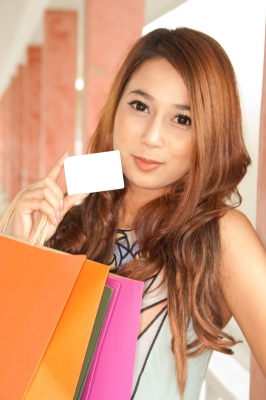 Retail stores typically anticipate a surge in sales during the last quarter of the year. However, according to an article posted on The Wall Street Journal's website, a recent consumer-confidence reading indicated that American consumers will continue to downgrade their expectations for the economy into November—which doesn't look good for the future of spending. Retail stores throughout the nation have started to notice a drop in sales, which leaves economists and store owners wondering if they will see an increase in sales during the holiday season.

According to a recent report issued by the Commerce Department, personal income rose 0.5 percent in September, which was more than the 0.3 percent increase predicted by national economists. While that should be one indication that retail stores will see an increase in sales, many households put the extra money into savings in anticipation of a government shutdown, which resulted in the savings rate reaching an annual high and a meager 0.2 percent increase in consumer spending.

Deutsche Bank analysts are cutting their earning targets for many department stores that rent space in the malls across the United States. Mall traffic has declined by 6 percent over the past three weeks due to a combination of factors—low consumer confidence, unseasonable weather, and lack of must-have fashion items. According to Paul Trussell and Matt Siler, analysts for Deutsche Bank, they are lowering their estimates, because sales are trending below their prior expectations. The analysts believe that department stores are experiencing a market shift, and other areas of retail—discount stores, specialty shops, and home improvement stores—are seeing some of the sales that would normally go to department stores during this time of year.

While personal spending hasn't increased as much as economists would like it to, people are still spending money. According to Joseph LaVorgna, chief US economist for Deutsche Bank Securities Inc. in New York, big-ticket purchases are doing really well—people are buying homes and cars. In addition, Deutsche Bank analysts have stated that discount stores are still doing well, even though overall spending isn't up to par. According to The Washington Free Beacon's website, Walmart executives believe that retail stores are seeing a drop in consumer spending because of the Affordable Care Act (ACA). They believe that individuals are anticipating the extra costs of mandatory health insurance, so they aren't spending as much money.

Ultimately, economists and analysts nationwide don't expect personal shopping to increase drastically over the holiday season. However, the increase in personal income is helping the US economy. While retail stores may experience a decrease in sales from previous years, the fact that more people are finding jobs and earning more money is a good indicator that retail stores should overcome a temporary decline in sales.