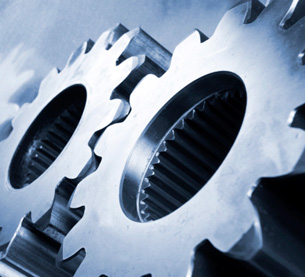 According to recent reports, the manufacturing field in some sectors has seen a jump in numbers when it comes to jobs and the number of enrollees in the trade schools. They say this jump is due to an increase of overseas jobs coming back to the United States, and it has caused a greater need for workers, and a higher volume of students entering the trade schools to fill the needed specialties.

U.S. factories are firing back up, and so machinists and other high-skilled workers are becoming more in demand in these areas. The trade schools are seeing both new entry-level workers, as well as mid-career workers seeking retraining. And with a starting salary ranging from $50-60K, that just adds to the desire for this field.

On the downside, because of this increase in the amount of students, some trade schools are finding themselves maxed out for the first time in decades. To attempt to keep up with this demand, it is requiring the schools to seek additional instructors and equipment so that additional classes can be added to move more students through in a shorter time.

As technology has grown, it means there is now the need for workers to be computer literate and experienced with computer-aided design and engineering skills, something that someone with years in the field already may need updating on. Since these school programs usually  last at least a year before a student is ready with the skills needed, it means the high demand in the field will continue having shortages. So, if you are in this field and already possess the high level of training needed, it seems now is the time to examine areas outside of your locale to find where the highest demands are at this time.

One trade school in Minneapolis, the Dunwood College of Technology, said they will have a hundred and twenty students enrolled this class period, which is the highest class total they have had in the past fifteen-years. They have even gone further, in that this fall they will launch a six-month fast-track training certificate program, something they have never offered in their 99-years of existence. This can be a great program for those with history in the field, but who need to add or update training in computer-aided manufacturing.

"Most of these fast-track students are older, in their 30s and 40s, who can't take two years off to go to school," says E.J. Daigle, the schools director of robotics and manufacturing. Plus this option allows them to return at any time to complete the full two-year degree.

For Dunwood, when they graduated twenty of their students in June, they school had four hundred inquiries about them from manufacturers. The Minneapolis area has seen a jump in need due to Medtronics and their medical devices industry.

This is good news for those in the manufacturing career, and great to hear at least some things are moving back to the U.S. rather than more and more being sent out.