Markets Where Home Construction is Growing 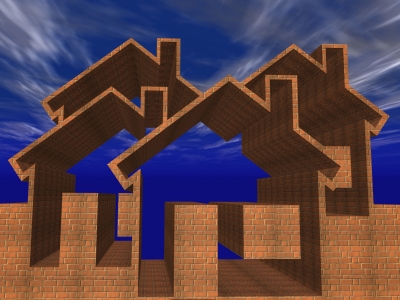 Home construction might still be lagging in some areas of the country, but, in a few spots at least, new housing starts are on the way up. Houston heads the list, with an estimated 26,074 starts. The Dallas/Fort Worth area comes in second, with 20,384. The third spot to place on the list is the Ocala, Florida, metropolitan area. Considering that the average new home construction generates three jobs that each lasts for one year, these numbers are very good news for those areas.

While Texas is perhaps overrepresented on the list of the top twenty areas for new home construction—Austin is ninth, San Antonio is twelfth—the growth doesn't seem to show any particular regional bias. Phoenix and Denver are in the top five, for example, with areas in California, Utah, North Carolina, and Minnesota also seeing growth.

One possible explanation for the growth is changes in the job market. Home construction tends to increase with a growing job market, and it's true that the top three areas for housing starts correspond closely to Forbes' recent projection of the best cities for future job growth. It certainly makes sense, after all, that people who've just gotten good jobs will start looking for a house to buy, thus driving demand.

If only the world could be that simple. In fact, a lot of factors affect new housing starts, and the numbers don't lend themselves to simplification on that scale. In Victorville, California, for example, housing starts were booming throughout from 2001 to 2008, despite local unemployment. What drove the boom had a lot more to do with fast credit and speculation than with any real growth. It remains to be seen whether the home construction numbers represent a real trend that will drive growth in the listed areas or just another bubble driven by looser lending and local politics.

We talked to the CEO of a $1 trillion fund manager about markets, t...
news from Markets