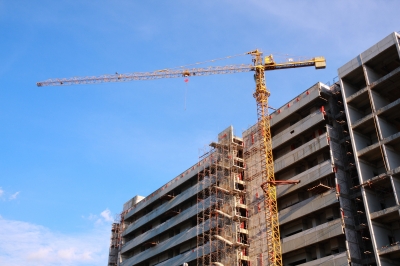 As the United States economy rebounds from the recent recession, the construction industry has been growing and adding construction jobs, albeit slowly. According to a recent report from McGraw Hill, the industry should see a moderate amount of growth in 2014. For industry professionals, the prediction offers a positive outlook for the year to come.

According to the 2014 Dodge Construction Outlook, released by McGraw Hill Construction in late October 2013, domestic construction should rise in 2014. The report, which is considered an important indicator for construction companies and investors alike, predicted that the industry will grow by 9 percent in 2014. Compared to the 5 percent prediction for 2013, the industry appears to be growing, which points to a potential increase in construction jobs.

Although 9 percent growth isn't great, it indicates that the recession is finally losing its hold on the domestic economy. As other industries bounce back, they are starting to expand, which leads to opportunities for new construction. As a result, industry professionals can expect an increase in construction jobs.

The McGraw Hill report is cautious in its predictions, prompting many professionals in the construction industry to temper their expectations. The report indicates that though the increase in construction jobs will be slow, growth is still happening. Other factors expected to fuel growth include low interest rates, increased lending, and improved state funding. According to Long Island Newsday, construction growth is expected to fuel growth in other industries, including plastics manufacturing.

According to the report, the biggest growth area will be single-family housing. McGraw Hill predicts that the industry will see 26 percent growth in that area, mostly due to the slowing foreclosure rate and the increase in home prices. The report also cautions that the reticence of banks to provide loans will keep the single-family housing demand in check, which may limit the number of new construction jobs in 2014.

Coming in behind single-family home construction is commercial building, predicted to grow by 17 percent. The 2013 report predicted 15 percent growth, which indicates that businesses are starting to consider expansions and new constructions. The McGraw Hill report also indicated that institutional building will see a 2 percent increase, which will make 2014 the first year of growth in five years.

The picture is not as rosy for all areas of construction. The report predicts that electric utility construction will drop by 33 percent, largely due to the decrease in capacity utilization. Another area that is expected to decline is public works constriction, which will drop by 5 percent. Compared to the three percent increase in 2013, the decline marks a slight backslide.

For industry professionals, the McGraw Hill report is largely positive. Though some areas of the industry will not experience growth, the overall trend indicates that the market is bouncing back. With several more years of moderate growth, construction businesses can look forward to prerecession levels of business and an increase in construction jobs.