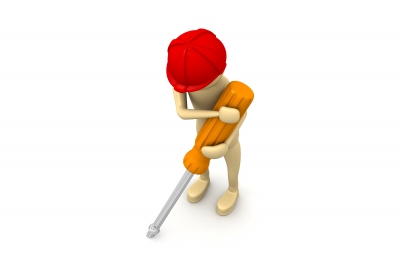 Several media outlets have reported on GoldieBlox, a toy designed to get girls interested in engineering. Debbie Sterling created GoldieBlox after noticing toy stores didn't carry many toys designed to encourage girls to use their brains. Many of the toys she saw focused on being pretty, so Sterling decided to create a feminine character who loves building. The GoldieBlox line is now one of the top sellers at Amazon, and the toys are also available at Toys R Us and other toy retailers.

In July, LinkedIn sparked outrage when it removed advertising photos featuring female Web engineers. TopTal ran an ad campaign featuring an attractive female engineer, but LinkedIn turned the company's ads off after members of the networking site complained about the images used in the ads. LinkedIn reps also asked TopTal to use images more closely related to the service or product advertised. A LinkedIn spokeswoman says the ad rejection was a mistake. A TopTal executive said the LinkedIn members who complained about the ads did not think it was possible for the attractive woman in the photos to be a real engineer.

Many reporters are also focusing on the lack of hands-on experience some engineering students have when they graduate. This is especially true of female engineers and graduates who do not come from affluent backgrounds. Jay Weitzen and Erin Webster of UMass-Lowell are trying to change this by creating the Analog Discovery module, a version of a "lab in a box." Webster says female engineers may not be exposed to hands-on lab experiences in high school, creating large skill gaps that can make it difficult to excel in the engineering field. The Analog Discovery module is an inexpensive, scalable way for students to experiment on their own time, making it possible for them to overcome a lack of past lab experience. The module costs about the same as a traditional textbook, making it an affordable tool for many engineering students.

Reporters have been focusing on the shortage of female engineers and the steps people are taking to close the gap in the engineering field. Members of the media have also been drawing attention to the issues facing women in science and engineering disciplines. Now that more people are aware of the issues faced by female engineers, it is likely educators and engineering professionals will step up and think of innovative ways to get women interested in the field.