Miss an Interview and Get a Job? Delroy Simmonds Did 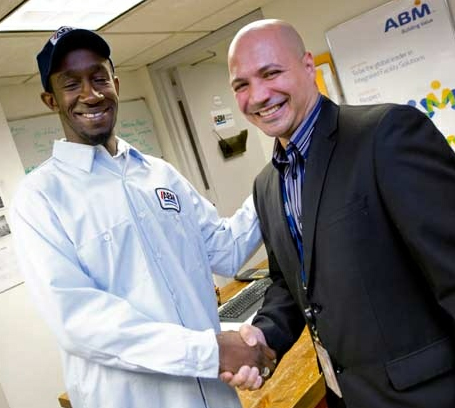 Many employment experts will tell you the worst thing you can do in an interview is show up late or not at all. However it seems there is an acceptable excuse for tardiness or failure to appear and it paid off for the right person.

Delroy Simmonds of Brooklyn, NY had a good reason for missing his train and failing to show up at his appointment time for an interview at a janitorial service earlier this week. It’s such a good excuse it has landed him a whole slew of job offers and a permanent position at JFK International Airport.

After being unemployed for over a year Simmonds was waiting at the Van Siclen Avenue station in Cypress Hills for the train to take him to an interview. He hoped the interview would lead to a job offer that would change the financial situation for his family for the first time since he was a laid off as a vocational trainer for the mentally disabled. Instead the wind shifted and changed Simmonds' fate.

“A strong gust of wind blew. It had to be 30, 40 miles an hour,” he recalled. “There was a woman with four kids. One was in a stroller. The wind blew the baby onto the tracks.”

Witnesses watched in horror and the baby’s mother stood frozen in fear as they could see the train rounding the bend pulling into the station. Without thinking or regard for his own life the father of two jumped onto the tracks and hoisted the bleeding baby, buggy and all back onto the platform. He pulled himself up to safety as the train horn blasted and the driver jerked the engine to a halt half way into the station.

The baby had a big gash on his head from the fall but was ok after getting stitched up at the hospital. Simmonds didn’t stick around long after the daring rescue made him miss his train and opportunity at the janitorial service. He didn’t think what he did was anything spectacular, just fatherly instinct. “I was being a father.  I would have done it for any baby,” he said.

Like a true hero he humbly addressed his actions saying, “Everybody is making me out to be some sort of superhero. I’m just a normal person. Anybody in that situation should have done what I did.”

Instead of indulging in his ego and taking a break to bask in all the praises being heaped on him Simmonds turned his attention back to the job hunt and the next interview he had scheduled for later in the week. He hoped he could get there drama free.

When Simmonds arrived at the appointment project manager Guy Rodriguez had heard of his heroic deeds from earlier in the week. Rodriguez described the decision to hire Simmonds as a no brainer and offered him a position on the spot starting at $2 more an hour than most new hires.

“It says a lot about his character that he would jump on the tracks to save a little boy,” said Rodriguez. “We are happy to hire Delroy. We are honored.”