Mobile Tech Predictions for This Year 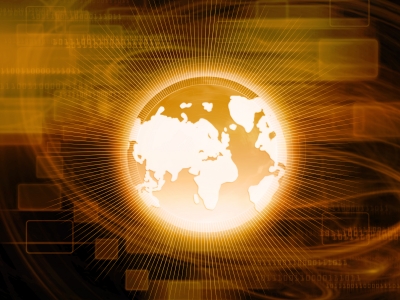 Every industry has its own way of ringing in a new year. For example, Hollywood ends and begins each year with a bevy of award programs. In the tech world, a new year means the publication of new technology predictions. When it comes to mobile tech predictions, some expert guesses about 2015 include increases in fitness sensors, a growing Android market share and reduced tablet sales.

In the number one spot for his 10 predictions for mobile technology in 2015, Tim Schiesser of TechSpot chose fitness sensors. Fitness devices continue to see strong upward sales trends and are among the most popular new technology items. From tech-integrated smartphones to new technology worn on the body, fitness sensors let individuals track their heart rates and the number of calories they burn during brisk walks, bike rides and runs. As trends for healthy living expand, Schiesser says fitness sensor innovations are likely to follow.

James Kendrick of ZDNet chimes in with 2015 mobile tech predictions, stating that Android's steady increase in the market is likely to convert to a big jump in sales this year. Kendrick says Android has reached maturity, and consistent backing from Google at all levels should attract new customers for the operating system. Though large improvements and new technology aren't predicted to be on the table for Android, Kendrick looks for small evolutions in product design and delivery to fuel consumer interest.

As new technology offerings continue to hit the market, some experts are tolling the death bell for tablets. Experts do not predict that people will stop using tablets, but with the tablet market already flooded and many users not interested in an upgrade, sales on mobile touchscreen devices are likely to fall flat or drop considerably in 2015. Contributing to tablet woes is competition from devices such as multifunctional laptops and smartphones with much larger screens.

Mobile device predictions aren't the only guesses filling tech blogs and news sites. Industry experts are equally interested in technology company predictions, and the steps organizations such as Google, Apple and Samsung take in 2015 may determine which mobile technology predictions come true. Whether Quad HD and 4k displays become more common in mobile devices or optical image stabilization improves mobile picture capture depends in part on manufacturer and designer priorities. The evolution of mobile trends through 2015 and future years also depends on the consumer, and it's difficult to guess what features are most likely to excite tomorrow's buyer.

For industry insiders and interested consumers, a possible crystal ball into 2015's mobile tech trends can be fun and entertaining. In some cases, new technology predictions may even help consumers or professionals make tentative plans for selling or shopping in the coming months.