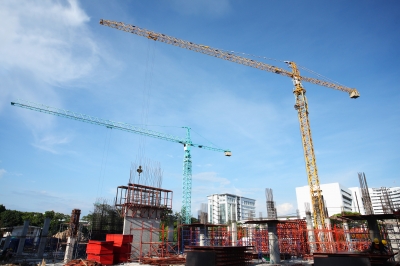 It's a common industry joke: construction season never ends. Some projects flow smoothly from start to finish, and inevitably, other schemes are plagued by construction delays. Interruptions, unexpected deferments, and changes in the law leave crew leaders confused and stranded on a regular basis. Until now, complications have been an accepted part of the building process. A new report by North Carolina State University researchers may shed new light on construction delays, however, and reveal potential solutions.

Several large schemes, including the first phase of the Sentinel Data Center project, have generated construction jobs in 2013. Nevertheless, analysts still assert that North Carolina's construction employment levels are below par and have called industry growth sluggish. The present lack of development in the building sector can be attributed to several different sources--among them, a shortage of qualified workers.

Until not long ago, other factors behind the construction jobs shortage and the industry's expansion deficiency were a matter for debate. Recently, however, a team of experts at NC State unveiled the results of a study centered on construction delays. The paper, entitled "Application of Time Buffers to Construction Projects Task Durations," contains a breakdown of the extra time allotted to projects by construction managers.

A total of 180 industry professionals from various regions took part in the study. Using data gathered during the investigation phase, researchers identified typical construction delays. Then, they explored alternative solutions to common problems—many of which reduced the need for large time buffers.

Interestingly, researchers discovered that when individual construction crewmembers understood each other, projects carried out by the team were more successful.  Communicative crews experienced fewer construction delays and often finished ahead of schedule.

Realistically, not all holdups are avoidable: Accidents, natural disasters, unexpected conditions, and unusual weather patterns all cause construction delays on a regular basis. In June 2013, for instance, a record amount of rainfall in North Carolina led to setbacks at many regional sites.

Going forward, a number of new construction projects are expected to create additional jobs in North Carolina. Described as a breakout year by UNC economist John Connaughton, 2014 is likely to herald the beginning of a healthier construction industry as consumer confidence increases. The housing market is also improving—and with it, the prospect of new residential development schemes. Additionally, the state's new Strategic Mobility Formula may yield a supplementary number of highway projects.

Although some construction delays—weather conditions, for example—are inevitable, crews may be able to circumvent others. If crewmembers strive to remain in tune with one another and continually challenge themselves in positive ways, the entire team may find unexpected success—even in unlikely circumstances.