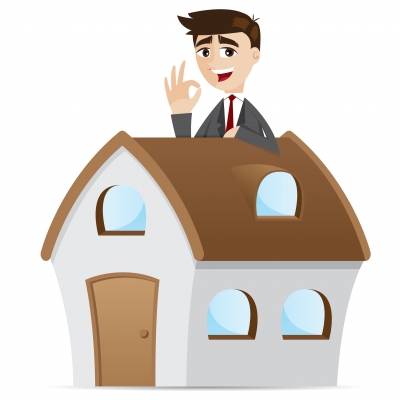 Like a roller coaster, the housing market goes up and down, fluctuating depending on the economy and other factors, such as wages and supply and demand. According to the National Association of Realtors, home sales have decreased in June despite the Pending Home Sales Index sitting above 100. While the first half of the year started slowly for the market, economists believe the second half should show a sales increase.

The Pending Home Sales Index measures the activity of housing contracts based on signed real estate contracts for condos, co-ops and single-family homes. Like the retail market and the housing market the index fluctuates, and it shows a 1.1 percent drop from 103.8 in May to 102.7 in June. In fact, the index shows a 7.3 percent decrease compared to June 2013. Despite this, the index remains above 100 for the second month in a row, something it has not done since November 2013.

Lawrence Yun, chief economist for the National Association of Realtors, spoke about the housing market, saying that market activity is "notably higher than earlier this year" and expects it to grow as the year comes to a close. According to Yun, potential buyers opt out of buying a house and would rather rent, as the sticker shock of new homes drives them away. In addition, supply shortages and flat wages still exist in some areas, which makes buying a house even more difficult.

Yun also suggests that the number of potential buyers will increase toward the end of the year because of decreased price appreciation, which has reached its slowest pace since March 2012. Because rent rises 4 percent annually, more people test the housing market to see whether it makes sense to buy or continue paying rent increases. When buyers see monthly mortgage payments at a much lower price than rent, they lose their sticker shock and purchase a home.

With higher wages and better credit conditions, Yun believes that potential buyers will take advantage of the lower interest rates in the housing market. From the Midwest to the Northeast, the Pending Home Sales Index shows decreased sales despite lower interest rates. While the housing market is more stable compared to earlier in the year, challenges like tight credit conditions impede its full sales potential. Once these factors subside, buyers will seek out new homes and improve the market.

Although home sales have dropped in June, the outlook on the market has positive feedback from the chief economist at the National Association of Realtors. As rent percentages rise even more and conditions improve, the total number of buyers seeking a home will increase and continue to improve the housing market as the year closes and into the following year.

Photo courtesy of Iosphere at FreeDigitalPhotos.net

How much debt is too much? How to figure out if you're taking on mo...
news via Financial Post - RSS...