New Medicaid Plan Could Force States to Change Their Policies 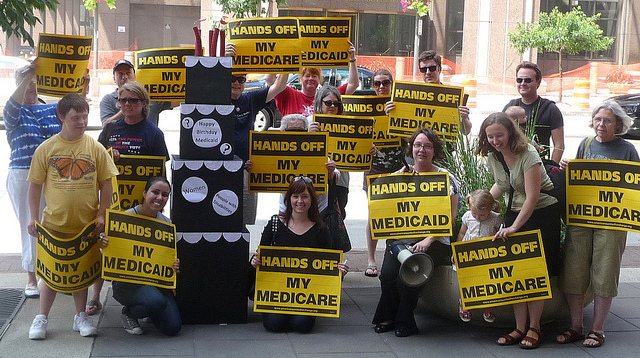 The health care industry faces a crossroads. The change of power in the White House could bring about massive changes in how states help their poorest citizens pay for health care in the midst of rising costs. The Medicaid plan set forth by the incoming Trump administration alters the way the federal government pays for Medicaid.

CNBC reports that if the Medicaid plan pushed by the Trump administration and top congressional Republicans becomes law, states would receive block grants to fund Medicaid. These block grants might severely reduce the amount of money given to states to fund Medicaid. Two solutions to reduced funding to states are to either cut the services provided by the health care program or raise taxes to make up the difference.

Under the Obama administration, Medicaid worked in concert with the Affordable Care Act to expand health care coverage to millions more Americans than before. The Medicaid plan put forth by Trump and the GOP could reverse that trend. So, what does this mean for health care providers?

Hospitals already face a daunting proposition of rising costs while trying to provide key services for patients. From hospital administrators down to entry-level staffers, hospitals can reduce costs by having a more transparent billing procedure that patients can see for themselves. Health care providers might consider educating patients on how to shop around for health insurance and providers.

Medicaid cuts might ease the burdens of state coffers to pay for health insurance, but there's a price for that. When health care providers treat fewer people because they can't afford health care, that means doctors and nurses see fewer patients. Health care systems may have to lay off workers because there is less demand for their services. Fewer employees on the rolls means less people have higher-paying jobs. Fewer higher-paying jobs turns into less income tax revenue for states that have income taxes.

The problems of a different Medicaid plan than the one already on the books become more apparent as they trickle down to local services.

Any changes to the Medicaid plan could put a bigger strain on local services in cities. Consider what might happen if more people can't afford health care. Citizens may have to choose between basic expenses and receiving proper health care. Snopes.com reports that anywhere from 600,000 to 650,000 bankruptcies every year are due to high medical bills. Bankruptcies affect someone's credit report and could change the buying power of consumers.

When the buying power of consumers changes, so does the sales tax revenues to states. Decreased Medicaid costs help ease the burdens of state budgets, but when more consumers pay for health care and less on everyday items, they pay fewer state sales taxes. Over time, the move to lessen Medicaid might reduce state treasuries even more.

Politicians face many obstacles when it comes to changing health care financing, and there are no easy answers. Medicaid funding was $532 billion in 2015, with around 62 percent of that coming from the federal government. Reductions to that money under a Medicaid plan by Trump and Republicans would change how the health care industry distributes those billions of dollars, but there may be far-reaching consequences that they don't foresee.

Photo courtesy of ProgressOhio at Flickr.com

Register
Sign In
The Health Care Sector Really Hates This GOP Bill
news via Politics - The...