Not All Interviews Will be Comfortable 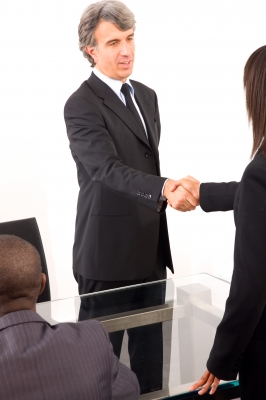 It’s common for candidates to be nervous during job interviews. Almost as a natural reaction, some interviewers may attempt to make their interlocutors feel more at ease. This is a big mistake, according to Forbes contributor Robert Glazer. As long as interviewers are professional and not rude or disrespectful, they should not worry about making candidates comfortable. On the contrary, a hiring manager should use tough questions to get interviewees out of their comfort zones.

Here are four interviewing tips that can help hiring managers get a better understanding of the person in front of them and ensure a more efficient hiring process:

If you ask difficult questions during a job interview, candidates are less likely to simply regurgitate the information on their resumes and cover letters. Present them with scenarios, and ask what they would do in that situation. It’s also important to ask questions that give you more insight about the potential employee, such as “What specifically prompted your decision to leave your current job?” or “What do people often criticize about you?”

2. Inquire About Relationships With Previous Bosses and Colleagues

During the job interview, don't be afraid to ask questions such as, "If I called your last boss and asked him to name an important skill that you lack, what would he say?" or "What would your boss say if I asked who you did not get along with and why?" These are tough questions that might cause candidates to squirm a bit, but the answers give you a good idea of someone's emotional intelligence and whether that person is a good fit for your company culture.

Often, long periods of silence during a job interview make both people in the room feel a little awkward. In moments like these, some interviewers may give up and simply move on to the next question. However, doing this lets the candidate off the hook, says Glazer. Instead, be patient and give each person ample time to come up with an answer, even if it feels uncomfortable. As you sit through a long period of silence, you get to see how the candidate deals with uncomfortable, high-pressure situations.

There's nothing wrong with being nice to candidates, but try not to be overly friendly. Make it clear to all job seekers that your company has high standards for hiring and takes job interviews seriously. Don't discuss personal matters with interviewees, and avoid laughing and joking too much during the discussion. Even if you thoroughly enjoy talking to a particular applicant, resist the temptation to rely too much on first impressions when making a decision; rather, use your interview time strategically to determine whether the person has all the traits and skills necessary to succeed at the job.

It’s a hiring manager’s job to weed out unsuitable candidates fast. If you’re too easy on candidates or trying to ensure each applicant feels comfortable during the job interview, you miss out on the opportunity get to the heart of who a candidate really is and reveal his true potential. Hiring the wrong person also wastes your company’s time, money and resources — another reason why it’s imperative to be a tough interviewer.