Nurses Are Being Asked to Take on More 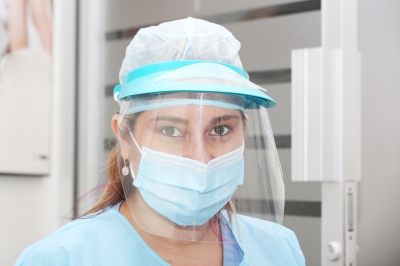 The role of the nonphysician professional has been expanding in the United States. Due in part to the shrinking numbers of practicing physicians, nurse practitioners and physician assistants are taking on more responsibility for some types of specialized patient care. According to one study, Medicare patients who receive dermatological procedures are impacted significantly by these shifting roles.

The results of a 2014 study published in JAMA Dermatology indicate that over half of the in-office dermatological surgeries billed to Medicare in 2012 were performed by professionals who were not licensed physicians. Further, according to the study’s lead author Dr. Brett Coldiron, MD, this is cause for concern. In an interview with National Public Radio, Dr. Coldiron asserts that “the intent for midlevel nurse practitioners was to give primary care,” adding that invasive procedures and surgeries are interventions that he is “not sure they were trained to do." However, Ken Miller, president of the American Association of Nurse Practitioners, questions the validity of Coldiron’s concerns. According to Miller, the nurses and other professionals in question are performing minor surgical procedures, such as lancing boils and removing warts and skin tags, procedures for which they are specially trained.

There is no doubt that the role of such professionals in medicine is controversial. For decades, many physicians and physician groups have openly opposed any expansion of the nurse’s role. Nevertheless, nursing has evolved enormously since the days of Florence Nightingale, and baccalaureate-prepared nurses today assume responsibility for complex patient care. Nurse practitioners, whose educational preparation is the equivalent of a master’s degree, complete a rigorous, specialized competency based curriculum in the specialty of their choice. According to the AANP, this adequately prepares them to deliver a wide spectrum of patient care safely and effectively. Further, their services are typically less expensive than that of a doctor, which is of prime importance in the age of soaring health care costs.

As of May 2014, 18 states grant nurse practitioners full practice authority, enabling them to legally evaluate, diagnose and treat patients without the approval or oversight of an MD. Five additional states are considering similar laws. Further, in July 2014, the AANP called on the Veteran’s Administration to grant similar scope of practice expansion to the thousands of nurse practitioners who provide care in VA facilities nationwide. According to AANP’s Miller, the move is critical due to the crisis in our nation’s VA facilities, which has left thousands of veterans without adequate health care. Miller called on the VA to expedite the approval process and quickly implement the change, adding that the move would “have an immediate and positive impact on the quality and timeliness of care that our veterans receive.“

Nurse practitioners and other nonphysician professionals play an integral role in delivering the nation’s health care. Despite concerns voiced by some physician’s about lack of oversight and training, they are trusted by millions of Americans to deliver high-quality care. In 2013, 900 million visits were made to nurse practitioners in the United States, and at least 250 health care practices were run exclusively by nurse practitioners.