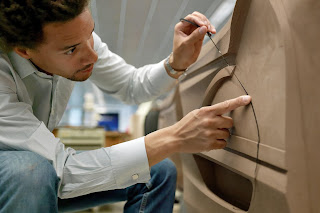 Responses to a Design News 2010 salary survey revealed upbeat attitudes and stats for today's design engineers. Surprisingly, 40 percent of respondents received salary increases in the past year, while pay reductions, furloughs and other cost-reduction measures fell below 10 percent. Bonuses rose by 47 percent, averaging $9,000.

As to which industries paid the most for engineering talent, the highest paying categories were computers/peripherals, semiconductor and communication systems, where salaries averaged $103,000. The lowest paying industries were instrument/test equipment, machine tools and contract manufacturing, which averaged $74,000.

The Southwest and Mountain areas, well known for high-tech computer, semiconductor and communication industries, offered the highest salaries. On the other hand, the Pacific Northwest and Midwest offered the lowest salaries. Both regions are heavily populated with instrumentation, machine tool and contract manufacturing providers.

In terms of job satisfaction, 59 percent of respondents noted that engineers in their company were given due respect and 63 percent indicated they felt appreciated. On the minus side, 49 percent felt underpaid and overworked and just 44 percent felt their engineering skills were being fully utilized.

Check out this graphical analysis of the Design News Survey.

Register
Sign In
Goldman Sachs: These 2 Stocks Have the Potential to Rally Over 40%
news via Yahoo Finance

'Black Panther' is one of 2 reasons a Wall Street analyst is optimi...
news from Markets
Dollar rallies against pound as US Federal Reserve sets date for ba...
news via Yahoo Finance