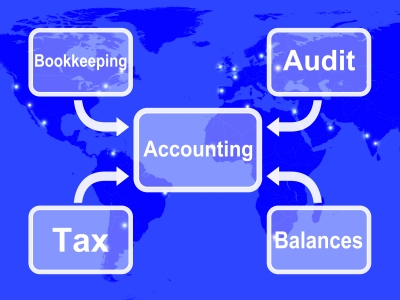 Accountants and firms have until 2017, minimally, until a new revenue recognition standard goes into effect for companies that utilize FASB or IASB accounting standards. Two years seems like a long way away, but firms that start preparing now have the advantage moving forward.

The accounting boards have been consulting with companies, regulatory agencies and accountants to try to delay implementation of the new revenue recognition standard. The difficulty is that no one knows how much longer the old standards will be in place. To this end, Editor-in-Chief Michael Cohn of Accounting Today interviewed several experts in the field who suggested accountants need to prepare now, in 2015, for the coming accounting standards.

The same standard among two of the largest accounting boards in the world makes sense, especially after the Great Recession of 2007. Revenue statistics are, perhaps, the single-most important pieces of data that let investors know the financial well-being of a company.

Reasons for preparation abound. Everyone from CEOs to sales clerks to accounting students needs to know the new standards. Computer programs and software must be altered, rewritten and tested to ensure transactions get classified properly. Although not required yet, some firms want to start using the new standards now, so companies can iron out the bugs before the new standards come into effect.

When new reporting happens in 2017, companies can retrospectively compare the new numbers to those in 2015 and 2016. This means, in effect, firms have one set of numbers to report publicly in 2015 and 2016, while another set of numbers gets crunched behind the scenes for 2017. This new revenue recognition standard has wide-ranging effects, so the more prep time, the better.

Companies must decide to take action from their boards, audit committees and upper-level management. An implementation plan must include accountants, IT people, finance departments, sales, accounts receivable and legal teams. The best thing firms can do is issue public documentation and research papers as the process moves forward. That way, similar companies see what works and what doesn't with respect to preparing for the new revenue recognition standard. Some accounting interns can write thesis papers on what companies do to adjust.

Large-, small- and medium-size companies are also grappling with possible changes to asset values, leases and new financial reporting frameworks. Knowing an accountant who follows the new guidelines helps. Accountants have to scramble to keep up with changes too, and it behooves accounting firms to tell clients to get ready now, so everyone is on the same standards whether there is a delay in implementation or not. Business owners can test their accountants to see if they're worth keeping in two years. Otherwise, firms may go shopping for someone else who can handle new issues plus a revenue recognition standard.

Several aphorisms promulgate preparation. Any one of them can fit here as the new revenue recognition standard comes online. CEOs, CFOs and accountants already know what the standard entails on paper. The next step is just a matter of implementing the standard industry-wide, and that process takes time.

Register
Sign In
Ask the Accountant: How to stay on top of sales tax, privacy and ac...
news via Legal Services News -...

Microsoft's 2019 second-quarter earnings call (MSFT)
news from Markets
The new revenue recognition standard deadline is upon us: Is your p...
news via Banking & Financial...