Raising the Rates for Retail Workers 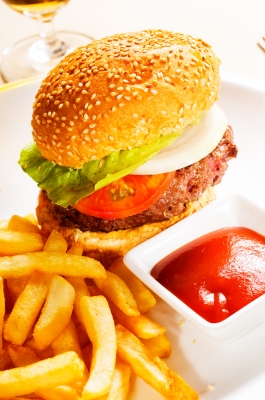 What would you do for a 24 percent raise?  Stage a walkout?  A sit-down strike?  Work harder?  Fast-food workers in seven states have staged short-term walkouts in favor of a raise to $15 per hour.  That is much higher than President Obama’s proposal to raise the minimum wage to $9 per hour, the 24 percent payday increase.

A Payscale.com survey of 3,000 fast food workers is graphically displayed in a Bloomberg Businessweek article, “This Is What Would Happen If Fast Food Workers Got A Raise.”  Many fast-food workers are at or slightly above minimum wage.  At the standard 2,080 worked hours per year for a full-time job, that adds up to $15,080 a year!  Even McDonald’s effort to help employees put together a budget assumed that McDonald’s workers would have to have two jobs to make ends meet.

Most fast food workers only work part-time.  They are students, parents with children, single parents, retirees, and people with day jobs that don’t pay enough to take care of the bills.  So, if you take the minimum wage and cut it in half for a part-time job, you’ve taken a dive way below the poverty level. At $9/hr. these workers would get a boost to $18,720.  Not close to buying the big house with a pool, but it’s a step up.

On the Payscale.com survey, retail workers, personal care clerks and hotel workers were among those who were at the $9/hr. level.  These workers are aiming for $15 per hour.  They could join the ranks of those who are already at that level—medical secretaries, animal control workers and bill collectors.  The wage rate boost would bring in a cool $31,200.  They’re not going to get rich, but two working adults in the same household could be closer to the American dream, pulling in $62,400 a year.  Enough for a small house with a pool out back.

No one can dispute the fact that retail workers are the lowest paid and often the most unappreciated segment of the workforce.  These hard-working, underpaid individuals are often the face of the company to the world, taking care of customers face-to-face every day.  They are the check-out clerks in grocery stores, fast-food workers filling orders at the drive-thru window, making the latte or donuts that get your day started on the right foot.  They man the retail counters at department stores, convenience stores and just about any type of small retail business.  They deserve a raise.

When wages go up, companies have to find ways to make payroll.  In retail businesses, personnel can take a hefty chunk of operating expenses.  With an overnight 24 percent wage increase, some companies will have to take quick action.  Raise the price of hamburgers and lattes.  Cut the size of the burger or size of the package.  Ice cream, coffee and breakfast cereals have all experienced a downsizing—in package size but not price.

Some companies may just cut jobs to make up for the higher wages.  This would defeat the purpose—what’s the benefit of a wage increase when you lose your job?

Surveys and statistics are interesting, but the bottom line is what can the market bear and what are customers willing to pay?  Retail and customer service jobs are on the rise.  With more of the workforce engaged in these jobs, wages will have to climb to allow people to attain a reasonable and comfortable standard of living.  Otherwise, you may find no one on the other side of the counter, ready to take your order for a sausage/egg/cheese muffin.