Reasons Why Construction is Recovering so Slowly 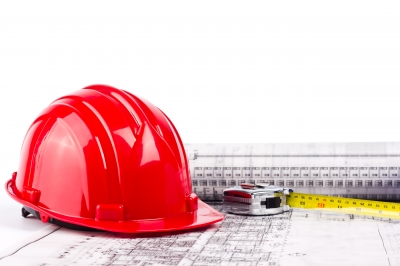 The construction industry faced a bevy of challenges after the collapse of the housing market and during the subsequent recession. Many market indicators show that the economy as a whole is recovering, but construction continues to lag behind many sectors. The slow recovery of the construction industry is a real concern for workers and employers alike. Understanding how it affects your business and what may lie at the roots of the slow recovery can help give your company a competitive edge in the future.

Housing construction is a major part of the overall market. Even though the economy may be recovering in many areas, this segment remains slow to grow. This is due to high vacancy rates in existing housing markets, meaning homebuyers are able to purchase existing properties at rates far below what they were during the bubble. These savings entice homebuyers away from the idea of new construction. The possibility of a new housing bubble still remains at the forefront of many homebuyers' thoughts, leading buyers to seek out the best deal with minimal financing and the best interest rates, and groundbreaking on new home construction remains at 40 percent of previous levels.

The construction industry also relies heavily on nonresidential construction. Business and industrial construction projects are largely driven by factors such as the availability of loans for growth and expansion. Until lending rates for new construction stabilize, recovery is likely to remain slow in this market. General overbuilding during the prerecession boom and increased vacancy rates also lead to slowness in this arena. Government projects are likewise hamstrung by monetary concerns. The market hasn't been favorable for the creation of bonds or increase of taxes necessary for building new hospitals or governmental centers.

The construction slowdown may not last very long. Overall growth in the economy seems to indicate that improvements in the construction market may follow soon. The growth of overseas markets, such as in China and India, may also help drive construction on a global scale. Companies are accepting larger and larger contracts as businesses and governmental entities begin to ramp up their spending in response to increased consumer confidence and prevailing economic conditions. This could mean the end of the construction slowdown if things continue.

The construction industry has gone through many changes over the past few years. As businesses emerge from the recession and the housing market continues to recover, new construction is likely to grow alongside those markets. Construction growth is currently impeded by exceptional levels of vacancy in both the business and housing sectors of the market. Lending rates are slowly becoming more favorable, and increased spending may result in increased tax revenue that can help fund government projects and get the construction industry back on track in the near future.

BANK OF AMERICA: The most important segment of the housing market h...
news from Markets