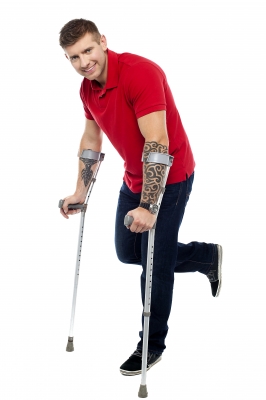 On the afternoon of August 28, 2014, the Obama administration announced that Pennsylvania would expand its Medicaid program by taking advantage of federal funds provided under the Affordable Care Act. Under any other circumstances, the announcement would have been considered routine, even boring. However, the announcement was considered extraordinary because Pennsylvania was one of the 26 red states that had previously rejected Medicaid expansion under the Act. Is this the start of a trend?

Recent events seem to indicate a gradual acceptance among states that once opposed the expansion of Medicaid under the Affordable Care Act. Pennsylvania's seeming capitulation was preceded by that of Michigan, Iowa, New Jersey, Ohio, North Dakota, New Mexico and Arizona, all states that originally opposed expansion. What could be behind the change of heart? Pundits think there are several reasons for the turnaround.

The Affordable Care Act requires all Americans to have medical insurance. Some Republicans attacked this rule, terming it unconstitutional. However, as New York Times reporter Michael Cooper pointed out, the provision is actually rooted in conservative thinking. The nature of demographics in Republican-leaning states may have also contributed to the decision change. Republican-leaning states are home to a large number of low-income and uninsured residents, the very people the act is meant to help. An analysis published by the New York Times on Oct. 2, 2013, showed that 60 percent of the working poor and 68 percent of uninsured single mothers in the United States live in these states. Mississippi, a red-state and a Medicaid expansion holdout, had the highest number of uninsured poor people in 2013. Those numbers may explain the next reason for the turnaround: perception.

The full cost of expanding Medicaid is covered by the federal government up to 2016. Even after that, the federal government will still go on picking up the tab for up to 90 percent of the expansion costs for several years. By rejecting what is in essence free money, Republican governors may have created the perception that they are willing to forgo the well-being of their states' residents just to score political points. Upcoming elections may be pushing Republican governors to try and change this perception by agreeing to the expansion.

Another factor behind the decision change may be employment potential. As the numbers of newly insured grow, the health care industry is likely to experience renewed expansion, creating new jobs. States unwilling to expand their Medicaid programs under the Affordable Care Act may miss out on this benefit. Another reason for the turnaround may be the relative success of expanded Medicaid under the Affordable Care Act. As of May 2014, the number of uninsured Americans had fallen to 13.4 percent, compared to 18 percent before the Act was implemented.

The Patient Protection and Affordable Care Act, informally referred to as Obamacare, was signed into law by President Barack Obama on March 23, 2010. Among other goals, the act was aimed at increasing medical coverage access and improving the quality of health insurance. The act faced many challenges, particularly in its first months. However, the opposition that greeted the law seems to be gradually dissolving away.