Remembering and Overcoming the Language Barrier 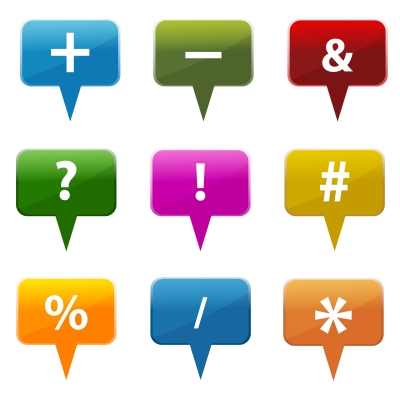 Almost every career field has its own language. The jargon of your career is great for internal communication with others who speak the same language. However it is important to remember that when you provide customer service to those outside of your inside world, you must not be so strict in expectations of others adhering to the terminology you expect to hear. Case in point from my own recent experience is a recent confrontation I had with my internet hosting company. The back-and-forth conversation was via a support ticket, and ended up showing (again) just how little they care for decent customer service.

The conversation started with me asking for a direct server ID number (the IP address) to reach my hosting plan files. The reason for the request, I stated, was because the domain name that I had pointing to the server was recently changed to a new host and so it was temporarily in flux between servers.

So, here is where the problem started, and I admit it was partially my fault. A domain name can be purchased and then “parked” on any service out there, and is then directed to point to an actual hosting site (where the actual web files are stored). The problem was, in the latter part of my ticket, I referred to my domain name as changing companies where it was “hosted” – rather than saying it changed where it was “parked.” The key was, I asked my hosting company for a direct link to my current “hosting server,” so the hosting of my site was never in question of being moved or anything.

Now, rather than take the 30 seconds to pull up my account and see that my hosting with them was in fact unaffected, the support person simply fired back a comment “If you are no longer hosting with us we can no longer help you since you’re no longer on our network.” So, strike one for them and their ignorance of what was being said. Again, my question was regarding reaching my active hosting on their system, so why would he jump in on saying anything about my hosting not being with them? I have no clue, aside from just not paying attention to my question.

To make matters worse, once I corrected him about this silly response, his next question was to ask me which domain name I was referring to. So, here we are a couple hours later, and instead of me getting the simple IP address, I get more silly questions. After all, I only have one hosting account with them, and only one domain name that is connected to it. So why is he asking this silly question? Was this just another way to be lazy and not pull up the actual file my support ticket was connected to? I am not sure the reason, but strike two.

Another couple of hours later, I still get no IP address, but instead get an explanation that nothing has changed on their side and that I should be able to connect fine. Strike three! I explain that if he had read my initial support concern, it was because I had moved and redirected the domain name and it takes 24 hours or so to propagate, meaning it is in between changing where it points to, meaning my connection is intermittent (all points he is fully aware of in his field). I wrote explaining that, and again we are hours later, now over eight hours from my starting the ticket, and I am still not in possession of my request.

If there was a strike four, it would have been his final comment. He finally gave me the requested IP address, but then went on to basically blame me for the confusion by stating I should not have said “hosted,” but should have said “registered.” In turn, I wrote and corrected him, saying “no, I should have actually said ‘parked’ but you should not have let that confuse you considering the context of the whole request.” This was not the first time I have had such a confrontation with ignorance through their support, and the purpose of my initial request and moving my domain name was so that I could in fact switch hosting from them all together.

My final response to this last strike at me was to tell them exactly what I am stating in this article; as a CSR you cannot let your technical jargon be so strictly enforced that you are confused by the customer’s request. I had used a slightly wrong word (though the company my domain name was with was technically “hosting” that name if you look at it that way). However,  in the full context of my request, they could easily tell the issue was not with my hosting plan through them at all. It boils down to laziness in researching the record before responding with such an ignorant comment, and that is the moral of the story.

As you are job searching for a CSR position, just be sure that once you land it, you do not let the language of your position become such a critical point that it causes the customer more headaches than it is worth, which could end up affecting the overall service. In-office terminology is important, but be sure when it comes to dealing with outsiders you are more lenient when the customer uses the wrong terms. In most all cases, simply listening to their situation, and the context of the term, and you will see what they are speaking about and do not need to jump on their case to correct them, it hurts more than it helps often.

Image courtesy of digitalart at FreeDigitialPhotos.net