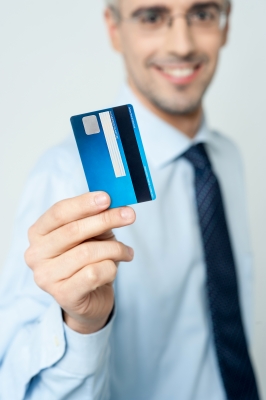 Retail credit cards are used daily around the globe but have now become a target for cyber crimes. Many retailers are looking to increase security to protect their customers from fraud. Large retailers such as Target, Neiman Marcus and JC Penney have fallen victim to security breaches and pirating, and customers have had their names, addresses, social security information, phone information and credit card numbers compromised.

When you scan your credit or debit card, the reader holds the image of the magnetic strip. Your personal information is on this strip, and hackers can gather all of it. Criminals can use this information to hack into bank accounts and open fraudulent accounts in other people’s names. Millions of dollars are lost each year because of fraud and identity theft, and having your identity stolen can make you feel insecure.

It’s important that retailers do everything that they can to protect their customers personal information with retail credit cards, and Target has decided to use an option that has proved effective for companies in the United Kingdom and Canada. There is a technology already in use in the United Kingdom that involves putting a microchip in the credit cards. The processors were developed by the French over 20 years ago, and they have been used in Europe for years.

These microprocessors have reduced financial losses from lost or stolen cards by 67 percent since they were put into use in 2004. Canada has also found success with these types of cards for banking. Microprocessors are much more difficult to replicate that magnetic strips, and PINs must be used alongside the chips. People who swipe retail credit cards today rarely have to show identification, and they only enter a pin to use a debit card. This leaves Americans and people who used retail credit cards without chips exposed to the risk of identity theft.

The microchip inside of the card holds all of a customer's personal information instead of a magnetic strip that goes on the back of the card. There will be a scanning machine instead of a swiping machine for the card, and people will use a keypad to type in their PINs. This prevents errors and identity theft with retail credit cards. It's time that America joins with other countries and embraces this new technology to reduce cyber crimes and identity theft.

Chip and PIN technology will be used in all debit and credit cards by the year 2015. MasterCard and Visa have already started including this technology in all of their cards, and retailers are not far behind. It's important for retailers to make sure they protect the identity and financial information of all customers with retail credit cards. There is an upfront investment to make this change, but it has to be done.