Retail Hiring Stats for the Holidays 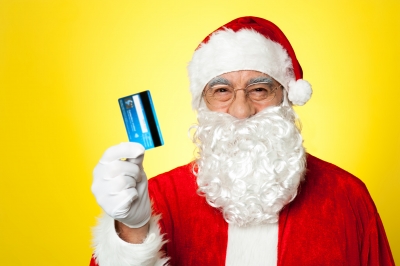 The US economy is driven by consumer spending, and there's no concentration of consumer spending quite as intense as the one during the month or so leading up to Christmas. Retail hiring usually ramps up just before this period as retail outlets bring on seasonal temporary employees to meet the spike in demand that usually runs from Thanksgiving through the end of the year. Economists consider retail hiring activity in the months prior to the rush as a good indicator of retailers' expectations for the season's sales figures, and local communities enjoy a temporary expansion of the tax base from the paychecks received by the temporary employees.

The retail hiring numbers for 2013 are in, and they're a mixed bag. For one thing, the number of retail hires is high in absolute terms, with 471,000 new retail workers brought on to help with the rush. A disproportionately large number of those hires were made during November, rather than in October, as retailers seemed reluctant to commit to a major retail hiring binge until the year's sales projections were finalized.

This delay was likely the result of October's uncertainty over the economic impact of the government shutdown and the debt ceiling crisis. Interestingly, by pushing the bulk of the retail hiring season into November, this climate of uncertainty helped to make November the second-biggest hiring month on record since recordkeeping began in 1939. Overall, the season saw 629,000 jobs added to the retail industry.

Although these numbers are high, they represent a slump after the banner year of 2012, which saw 643,800 jobs added to the retail sector over the same period. In fact, while November 2013 was the second-best hiring month on record, it fell short of November 2012, which saw a record-breaking 494,000 jobs added during the holiday retail hiring spree.

It's tempting to read too much into the slump in retail hiring for 2013. A single pullback of 4.3 percent from the pinnacle of 2012 doesn't make for a trend unless the pattern continues into 2014 and beyond. It would also be upsetting to learn that holiday sales had fallen short in 2013. This seemed to be the case during the week immediately prior to Christmas, when some projections adopted a pessimistic tone. In a pleasant surprise for everyone, however, holiday shoppers came through at the last minute to take advantage of last-minute bargains. Sales for the week ending December 28 were 1 percent higher than expected, which doesn't seem like much but actually means that December sales targets were met for many retailers that were afraid of a continued slump.

Retail hiring is done on a seasonal cycle, and the economy has come to depend on it every year. While 2012 was a banner year, 2013 turned out to be a small letdown for people who were hoping to see retail hiring begin early and break the previous year's record. All was not lost, however, as pre- and post-Christmas shopping picked up to generate the revenue large retailers needed so desperately.

Bloomberg gets into alt data; Millennials are taking over the mortg...
news from Markets