Retail Numbers are Up 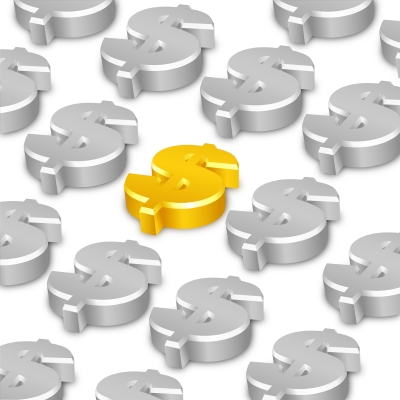 Retail industry numbers for July show modest growth of 0.2 percent from June. However, the real news in the retail industry is the 5.2 percent increase from July 2012 to July 2013. These numbers indicate that consumer confidence has improved from what it was a year ago, so consumers are spending more money and shoring up sectors that were struggling during 2012. This is great news for retailers as they prepare for the fourth quarter and focus on post-Labor Day sales.

Food service and retail sales totaled $424.5 billion in July, according to the US Census Bureau. Several sectors experienced significant growth from July 2012 to July 2013. Auto sales increased by 13.3 percent, retail trade sales grew by 5.6 percent, and non-store retailers posted an 8.8 percent increase. Preliminary results of the Consumer Confidence Survey indicate that shoppers expect conditions to improve within the next six months. As a result, the Consumer Confidence Index increased from 81.0 in July to 81.5 in August.

Back-to-school spending accounted for a significant amount of the retail sales made in July and August. The National Retail Federation predicted consumers would spend $72.5 billion on back-to-college and back-to-school shopping. Shoppers planned to spend the most money on apparel, shoes, and accessories. The NRF expected families to spend about $90 per household on school supplies, $114 on shoes, and $231 on apparel and accessories. Shoppers who planned to buy tablets or other gadgets for their kids planned to spend about $199 on those electronics. Experts from the NRF expected each family with school-age children to spend about $635 on back-to-school items.

As in all industries, the retail industry has some winners and losers every time the US Census Bureau releases the latest numbers. Electronics and appliance stores experienced a slight decrease in sales from June to July. Building material and garden supply stores also experienced a decrease, but this is to be expected. Sales for these types of stores often peak in May and June, months when customers are buying gas grills, gardening tools, swimming pool supplies, and similar seasonal items. This sector still posted a significant increase compared to July 2012. Furniture and home furnishings stores experienced a slight drop from June to July, but sales have improved when compared to sales figures from July 2012.

The retail industry has made some great gains in 2013, but the holiday shopping season is yet to come. Americans spent more than $579 billion during the 2012 holiday season, so this year's sales could give the retail industry a much-needed boost. Keeping an eye on sales trends and retail industry statistics will let you respond quickly to changing consumer needs. This is just one way to attract customers to your business and keep them coming back every time they need your products and services.

Black Friday And Cyber Monday To Hit $23 Billion: By The Numbers
news via Forbes - Business