Retail Salaries on the Rise 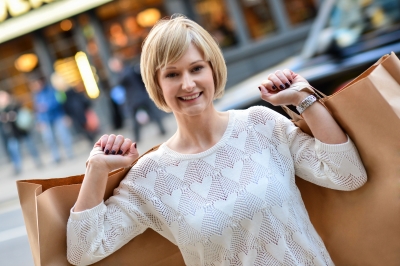 Wal-Mart Stores Inc. plans to raise the minimum wage the company pays its employees to $9 per hour by April 2015, and the wage goes to $10 per hour a year later. The move signals changes in retail salaries and the labor market as retailers move forward from the recession of 2007.

Walmart's new wage rate is 38 percent higher than the federal minimum wage of $7.25 per hour. The move will cost the retail giant $1 billion, even when other companies have cited competition in the labor market as a way to raise retail salaries for entry-level employees. Walmart's move forces other retailers to try to follow suit in order to keep workers. Part-time employees who need more money may shift to the national chain as wages increase versus other stores.

Companies such as Aetna, Starbucks and Gap raised their lowest hourly wages in 2014 and early 2015. Panera Bread also said it would jump in on the wage war to maintain its talent pool. These other companies do not have the same clout as Walmart. In terms of retail salaries, workers have protested the retailer's labor situation for years. Every Black Friday since 2010 brought louder and more high-profile protests over Walmart's labor practices, especially during the recession that saw rising unemployment but stagnant wages. Now the company plans to clean up its image.

Walmart continues to try to curb costs to remain competitive with retail salaries. The giant cut health insurance for some 30,000 part-time employees while raising insurance premiums for others. Some economists feel the boost in wages will be negligible because so many other retailers have already pushed for higher salaries, but Walmart is the largest employer in 25 states and the largest employer overall in the United States.

The move brings more spending money to 500,000 employees. If each employee works a minimum of 20 hours per week, that's an extra $35 due to the raise for $1.75 per hour. That means a huge labor pool just received an extra $17.5 million in spending money every week. Those employees are consumers with more money to spend. Add an employee discount at Walmart stores, and the retail giant has just created its own stimulus package. A boost in retail salaries keeps loyal employees, and it also increases a retailer's own bottom line.

Retailers continue to evolve in order to save money. Higher salaries mean companies must have greater revenue on hand to reinvest in employees, a condition that was not possible until retailers recovered from the economic downturn. In June 2014, the average hourly wage in retail was $10.29, so Walmart still has a number lower than the average. In the long run, higher wages mean less turnover, happier employees and staff willing to spend more of their paychecks at their workplaces. Higher wages are win-win scenarios for employees and employers.

An overall rise in retail salaries means the economy is back. Coupled with lower gas prices, greater company profits and lower inflation rates, consumers now have more spending money to keep the economy racing forward. Hopefully, the trend of higher wages will continue.

Silicon Valley companies aren't using as much office space as they ...
news from Markets

An alarming job market trend helps explain why most Americans have ...
news from Markets