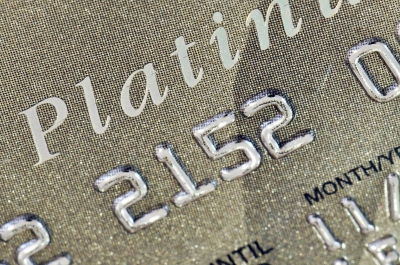 High-profile security breaches at retail outlets made the news as the holiday season wound down in 2013. Many credit card numbers were determined to be at risk after hackers gleaned data from multiple retailers' systems. These kinds of security breaches result in the possibility of identity theft as well as charges to credit or debit cards. The companies involved have offered assistance for those affected, but security breaches continue for a variety of reasons.

Retail experts are held to stringent standards by banks and credit card processing companies, and these organizations often blame each other for breaches. Target, Neiman Marcus, and Michaels were all hit around the holiday season, putting an exceptionally large volume of credit card and customer data at risk. Hacking techniques, including RAM scraping, were used in the security breaches. The Target data breach alone left potentially 100 million personal data records and credit card numbers at risk, and credit card companies are scrambling to replace the 21 million consumer cards affected in the United States.

Access through a third-party provider was blamed for the security breaches affecting Target systems, which exposed other information as well as credit cards and personal data records. Retail companies need to ensure that all parties with access to their systems, whether or not they work for the company directly, have adequate security systems in place. This is especially important if they share any part of the network, hardware, or storage space used for potentially sensitive information or point-of-sale equipment. The Target security breaches were ultimately linked to POS equipment and traced back through a high-volume air conditioner company that used the network to monitor in-store temperatures and energy consumption.

One of the major reasons that security breaches continue is that many retailers are concerned about the financial burden that expensive changes to credit cards, POS equipment, and related systems might entail. Since not all retailers are affected, it falls on each company to decide if its current security setup is enough to prevent the kind of security breaches and sensitive data exposure that plagued major retailers around the holiday season. Many outlets are reevaluating their security strategies in light of the recent attacks.

Computer security is a cat-and-mouse game, and hackers continue to find new ways to exploit both older and new technology. The arms race between computer-based intruders and retailers is unlikely to abate in the near future, and many retailers and government officials are looking into measures to help combat the threat. Security breaches can cause financial hardship for retail chains and consumers alike, and each business must decide how to tackle this exceptionally important issue.

A fake Picasso, private investigators, and fart spray: Inside the n...
news from Markets

A Wall Street firm says these 19 companies are set to dominate the ...
news from Markets