Retail Workers Are Making Less and Have Less Freedom 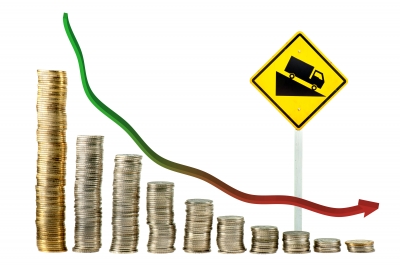 Although retail work is often seen as a low-paying job in general, new studies show that retail workers are actually making less now than they did in the late 1970s. When adjusted for inflation, retail workers in 1979 received better compensation for the same job, along with additional perks and freedoms that today's retail workers no longer have.

Retail jobs have never been known for their high pay. Although some retailers, such as Ikea, The Gap, Costco and Whole Foods Market, offer higher wages, retail workers currently compete for jobs where $10 an hour is considered a good starting wage.

At $10 an hour, a retail worker receives $20,800 per year before taxes, but only if the retail employee works 40 hours every week, 52 weeks a year. This salary falls below the United States poverty line of $23,850 for a family of four, and it's difficult to live comfortably on $20,800 per year even when a retail worker is a single person with no dependents.

Not all retail workers earn only $10 an hour, especially once they begin to advance in their careers. According to data collected for NBC News by the Economic Policy Institute, the average retail worker in a non-supervisory position earned $14.02 an hour in 2013. Had that worker been working in 1979 instead of 2013, however, the retail worker's wages would have been significantly higher.

Retail wages are approximately 12.2 percent less than they were in 1979 after adjusting for inflation. This means that today's retail workers are doing the same work for less money.

Today's retail workers also often have less freedom than their 1979 counterparts. New scheduling systems promise retail workers flexible schedules but offer just the opposite. As the NBC News article notes, retail workers are often sent home in the middle of their shift if the store is having a slow sales day. Some supervisors ask retail workers to stay at home, on call, in case they are needed. In this case retail workers are prevented from earning money at another job while waiting to hear if they will be called in to their retail job.

Although retail is one of the biggest industries in the United States, retail workers receive less compensation and less freedom than their 1979 peers. In just over 30 years, retail workers have lost approximately 12.2 percent in real wages and are asked to comply with scheduling systems that offer them very little flexibility.

Photo courtesy of worradmu for FreeDigitalPhotos.net