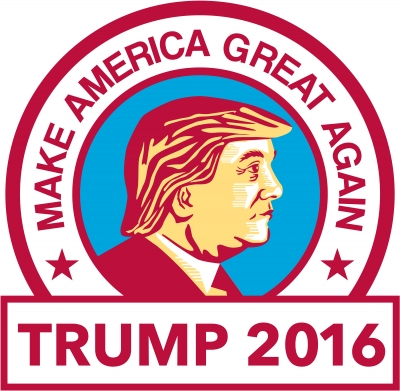 Despite being elected President of the United States, Donald Trump is very unpopular with many Americans. Trump's opponents have found a way to fight back that could hit the billionaire where it hurts: in his wallet. Several anti-Trump boycott campaigns have sprung up since Trump's election, all of which encourage consumers to boycott retailers that have ties with the Trump family.

As a result of the anti-Trump boycott campaigns, several retailers have decided to cut their ties with the Trump family. The first business to reject Trump was Macy's, which dropped the Trump menswear brand back in 2015 when the presidential candidate caused outrage by making derogatory statements about Mexicans. However, the company chose to keep stocking products from businesses owned by other members of the Trump family.

Since Trump's victory in the election, more brands have followed Macy's lead, and some have gone even further. On November 12 2016, Shoes.com announced that the company would no longer sell shoes designed by Trump's daughter, Ivanka. Several other companies, including Bellacor, RueLaLa, Stein Mart, Wayfair, and Zulily, all removed Trump merchandise when the controversial businessman won the election.

On the other hand, some brands have refused to boycott Trump. For example, Nordstrom still stocks products from the Ivanka Trump line. This decision has caused some controversy among consumers, but the co-President of the company justified it with these words: "If people don't buy it, we won't sell it." Clearly, there are still plenty of consumers out there who are prepared to pay for goods associated with the Trump brand.

Is the anti-Trump boycott likely to succeed in hurting the Trump family? It's not yet clear. According to a study by researchers at Northwestern University, boycotts can damage company stock prices, even if they don't significantly hit sales. They can also be effective in changing behavior in the retail industry, which could mean that more brands turn against Trump in the near future.

Time will tell whether the controversy surrounding Trump is set to decline now that the divisive 2016 election campaign is over. In the meantime, retailers and consumers alike plan to continue using anti-Trump boycotts to signal their disapproval.

Register
Sign In
Here Are All The Winners Of Donald Trump’s Paris Agreement Decision
news via Politics - The...

Big tech succeeded in getting bigger in 2017 — but its failures to ...
news from Markets