Retailers Take a Stand Regarding Thanksgiving 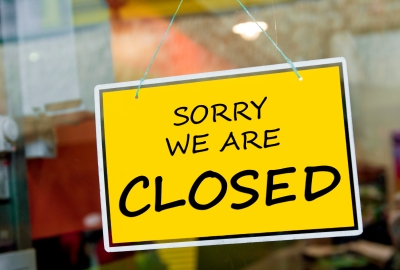 Despite protests from workers, many national retail chains have launched Black Friday sales earlier and earlier in recent years. While Thanksgiving Day was once reserved for feasting and family time, retailers have been reluctant to sacrifice market share and give competitors a head start during the most profitable days of the season. However, some major retailers, such as Costco and hhgregg, remain closed for Thanksgiving 2016, suggesting that earlier sales don't always equal bigger profits.

Big-box and department stores such as Walmart, Macy's and Target lead the trend of starting doorbuster deals before Black Friday, unleashing the shopping frenzy as early as 6 p.m. on Thanksgiving Day. Retail chains that adopt such practices put pressure on employees to work during the holiday so they have enough staff to handle hordes of bargain shoppers. Unsurprisingly, this controversial trend has escalated complaints that many national retail chains demand too much from employees while paying low wages.

Not all retailers are racing to conquer Thanksgiving Day, and many opponents of the practice likely use the Black Friday debate to boost brand favorability. As of October 17, more than 40 national retailers and shopping centers have opted to keep stores closed on Turkey Day. Although retail chains such as Staples, Lowe's and REI claim the closure gives employees time with their families, the numbers tell a more complex story.

Retail analytics firm ShopperTrak compared Black Friday trends in 2014 and 2015, estimating a 10.4 percent decrease in brick-and-mortar sales over the four-day weekend. Thanksgiving Day sales fell by 12.5 percent, and Black Friday sales dropped by 11.9 percent. The rise of global and multichannel shopping is one reason for the shift in sales, as more consumers browse for online deals or wait for Cyber Monday to splurge.

Despite the apparent decline in brick-and-mortar sales, consumers still eagerly line up for early-bird deals. In a National Retail Federation survey, 34.6 million shoppers said they visited retail stores on Thanksgiving Day 2015, and 74.2 million shopped on Black Friday. However, traffic is heavily concentrated in big-box stores with broad offerings and the most competitive bargains, making an early start unappealing for most niche retailers. Approximately 53.6 percent of the survey respondents said they shopped at department stores, 37.2 percent showed up at discount stores, 35.1 percent bought their items at electronics stores, and 32.4 percent of shoppers visited clothing stores.

Walmart and other big-box retailers typically gain market share by attracting value-driven customers with increasingly competitive pricing, while specialty stores must focus on quality, service and brand differentiation to keep customers coming back despite higher price points. The cost of hiring extra staff and providing holiday or overtime pay is hardly worthwhile for stores carrying products such as office, pet and home improvement supplies, which aren't in high demand on Thanksgiving Day. The same holds true for many specialty and wholesale retailers, many of which offer attractive markdowns year-round or have a substantially higher price floor than discount and department stores.

Niche brands have little to lose by skipping Thanksgiving, but they could potentially reap the benefits in employee engagement and brand loyalty. No matter why stores decide to close, taking a stand sends the message that the well-being of the workforce is more important than an extra day of Black Friday sales.