Robotics in the Accounting Profession? 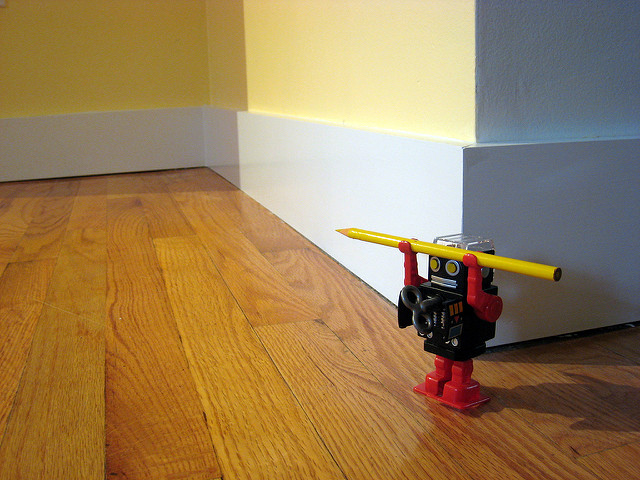 Anyone who entered the accounting profession after 2000 knows how much accounting technology changed the industry. Software from big-name companies, such as Oracle, SAP, QuickBooks and Salesforce, helped smaller companies integrate accounting programs into computer systems with very little cost. Paper ledgers eventually went away as they were replaced by non-paper computers.

As of 2016, accounting technology is taking another step forward thanks to robots. These software robots become virtual accountants. Invoices, accounts receivables and receipts all still look like paper, even though they're all virtual. Humans still have to pull these virtual paper files to perform many accounting functions, such as comprehensive audits or making income tax filings. Despite the best accounting technology in the business, firms still find error rates of 10 to 15 percent in some cases.

With cloud-based systems, accountants no longer have to show up at a business owner's place every month to pull figures, which makes accounting more mobile. This software doesn't solve human errors that come from audits, checking the health of a company's books and getting to the heart of someone's accounting. Virtual robots fix that problem and obviate the constant checking and re-checking that happens when one accountant examines the work of another who originally oversaw someone else's tasks.

Human accountants must make thousands of A/B testing decisions in a row. Over those thousands of processes, there will be errors. Accounting robots go through those thousands of processes much faster and with 100 percent accuracy. This software, like a lot of accounting technology, is very good at what it does best: mathematics. Computer software can run complex mathematical processes within seconds, while humans may take hours to perform the same type of work. Robotic programs are also great at running the same process over and over again, while they learn from mistakes when glitches happen in the system.

Those robots look really good with a 100 percent, mistake-free system.

Two main factors come into play with regards to integrating robots as part of your accounting technology. Chief financial officers are leery of giving up control of human-based processes to a computer, despite the advantages. They don't want robots to rule the accounting world. Those fears are largely unfounded because humans can intervene during the process at any time. Unless the accounting robots are hacked with malware, the programs remain intact and solid.

Robots still perform the tasks correctly 100 percent of the time. However, accountants may fear they could lose their jobs to robots. However, accountants still have to oversee implementation of the accounting robot programs. Accountants' jobs may change in the future; instead of overseeing a team of 10 accountants, a manager may oversee 100 software robots crunching the numbers of 100 clients at the same time.

Accounting technology, as a whole, makes the jobs of accountants easier by saving time and money. Robotic programs are the same way when firms consider hiring one person to oversee 100 robots rather than supervising a relatively inefficient human team that demands a salary, benefits and sick leave.