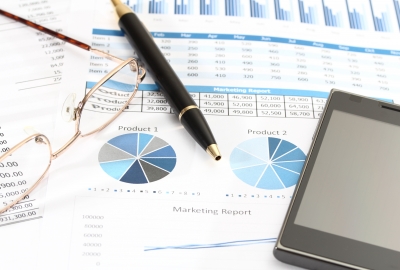 Changes are in the wind at the US Securities and Exchange Commission (SEC). New SEC rules are being implemented to mandate stricter financial reporting standards, and the Commission has adopted a hard line on fraudulent financial reporting on the part of managers, executives, and third parties—such as accountants and lawyers—who facilitate fraud. The changes are long overdue, and they come in response to outrage at the lax enforcement of recent years. What the changes to the SEC rules for financial reporting, and the new emphasis on enforcement, mean to you is worth examining.

For decades, the SEC has been known as a hands-off regulating body. While some very strict laws are on the books, governing everything from financial reporting and earnings statements to investor relations and insider trading, enforcement has been handled reluctantly and with great forbearance. The SEC settlements with financial giants such as Bank of America have traditionally been for pennies on the dollar, and almost always without admission of wrongdoing, which has the effect of indemnifying the company from depositor or shareholder lawsuits down the road.

Much of this seems to be changing under the guidance of new SEC chair Mary Jo White. Under Robert Khuzami, the former enforcement director, the SEC erected a number of specialized task forces that didn't seem to be geared toward any particular purpose and whose only noteworthy accomplishments were in unraveling the so-called "reverse mergers," in which Chinese firms set up front companies in the US in order to skirt financial reporting laws.

The new emphasis at the SEC is on identifying cases of faulty, or at least questionable, financial reporting; investigating cases with either an existing task force or through already-existing channels; and proceeding with prosecution of those involved. The idea is that executives, accounting staff, and other higher-ups with authority over companies' financial reporting have a duty to know the law and to act within it.

This new emphasis on enforcement might not seem a radical doctrine—especially not for a federal enforcement agency—but the history of the SEC in prosecuting cases of financial reporting fraud has left so much to be desired that it's heartening to learn that the Commission brought 686 enforcement actions in 2013, which represents a 10 percent increase over 2012. The rhetoric of the SEC is also changing. Going forward, the Commission has promised to focus on the conduct of investment advisers, municipal fund managers, and the directors of complex financial instruments such as credit default swaps. The SEC has even set up the Financial Reporting and Audit Task Force specifically to monitor the disclosures of regulated entities.

So, the SEC has had a change in directors, it has reshuffled resources to focus more on financial reporting fraud, and enforcement actions are up. What all of this signals is a stiffening of the Commission's resolve to enforce compliance with the law and to carry out its mandate to punish and discourage fraudulent financial reporting. Hopefully, it's a trend that will continue.